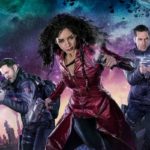 SyFy is set to air the final season of Killjoys from July 19th and has released a teaser promo for the upcoming season. The series stars Hannah John-Kamen (Ant Man and The Wasp), Luke Macfarlane (Mercy Street) and Aaron Ashmore (Cardinal) as a group of galactic bounty hunters. Watch the teaser below… Killjoys follows a trio of […] 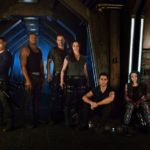 Following its season three finale last week, Syfy has announced that it has cancelled the science-fiction series Dark Matter, citing low ratings for the show. Creator Joseph Mallozzi confirmed the news with an official statement on his website which reads: “It is with great sadness that I confirm the news. Syfy has cancelled Dark Matter […]