Warner Bros. Interactive Entertainment have released a new trailer for The LEGO Ninjago Movie Video Game which shows off the game’s Dojo training grounds. This new LEGO game, developed by LEGO video game experts TT Games, will be available for the Xbox One, Nintendo Switch, PlayStation 4 and PC on the 6th October. Watch this new trailer below… 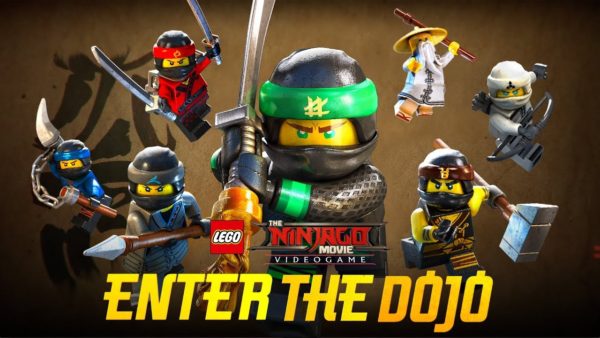 In The LEGO Ninjago Movie Video Game players will be able to play through eight large, action filled open areas based on locations from the movie as well as from the Ninjago TV series.  Each of these locations will contain many secrets for players to discover and also have its own unique Dojo where players can practice their combat skills and take on classic villains.  Players will even be able to earn high scores and compare them to their friends.

Today, Warner Bros. Interactive Entertainment takes players to the Dojo training grounds in the latest trailer for The LEGO® NINJAGO™ Movie Video Game. The LEGO® NINJAGO™ Movie Video Game features eight large, action-packed, open locations based on the movie story, as well as iconic locations and characters from the LEGO® Ninjago TV series. Each location includes a host of hidden secrets to collect, as well as its own unique Challenge Dojo where players can put their combat skills to the test, earning high scores and battling with increasingly tougher enemies.

The LEGO Ninjago Movie Video Game will be released on the 6th October with the film being released in UK cinemas on the 13th October.