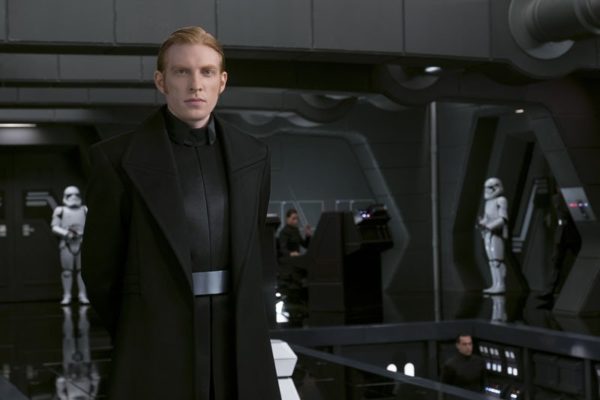 With Star Wars: The Last Jedi in the can, we can expect to be inundated with promotional material and comments from the cast and crew as we count down to its arrival in December. With Domhnall Gleeson out on the press tour for Goodbye Christopher Robin, the Irish actor has been chatting to Collider about his return as General Hux, and how Rian Johnson’s script for The Last Jedi went to some unexpected places.

“When I read it I needed to talk to him, and I think that’s always a good sign,” said Gleeson. “I was like, ‘Wow there’s some stuff there which is kind of – not scary but different to what I expected,’ and that’s a really, really nice thing. I think that’s a really positive thing, I think it’s important for those films that we don’t repeat ourselves. So I just wanted to talk to him, and when I talked to him he was so clear and so confident, not in a brash way but he knew the film he wanted to make, and it was a really lovely thing. Just to sit down with a filmmaker you really enjoy… but to see him, just the confidence of it and his excitement about what it could be and everything, it was really pleasing to see. Very calming. And I got really excited about being in it, and it was a really very, very cool experience working with him. I would love to work with him again, I really enjoyed it.”

Gleeson also touched upon J.J. Abrams’ return for Star Wars: Episode IX, stating that: “I found out like two seconds before, but nothing’s revealed about which, if any of us, are in Episode IX or not. I think it’s really cool that he’s doing it, and I’m interested to see how he approaches it because he’s a superb filmmaker. And it’s closing out – they’re doing it in trilogies aren’t they?… See that’s really cool, J.J. will do a fantastic job.”

SEE ALSO: Star Wars: The Last Jedi rumoured to be the longest Star Wars movie to date at 150 minutes 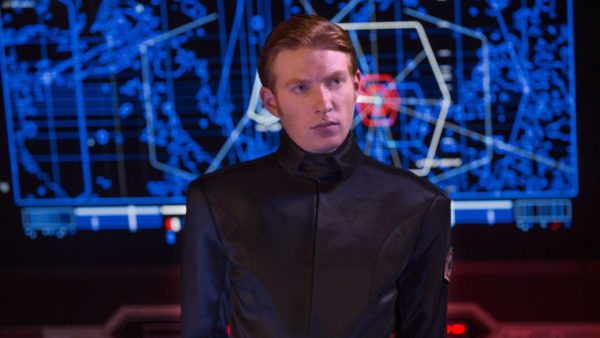