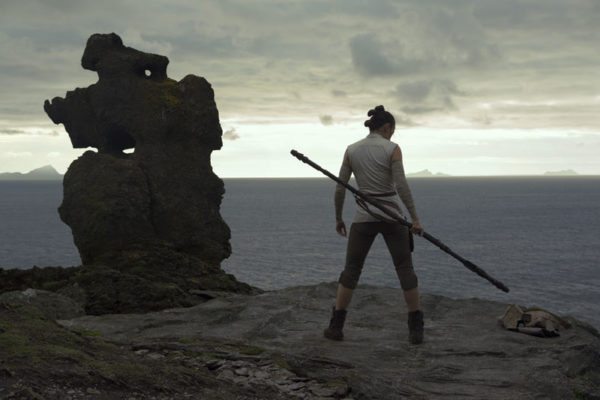 With Rian Johnson announcing that production on Star Wars: The Last Jedi is now complete, we’ll soon be getting a new look at the hotly-anticipated blockbuster thanks to the second trailer, which is due to arrive this October (or more specifically, October 9th, according to a now-deleted social media post from Mark Hamill).

Of course, whenever there’s a Star Wars trailer imminent, you can be sure that several alleged trailer descriptions will surface online, and sure enough that is the case here. This one comes by way of YouTuber Mike Zeroh, by way of 4Chan, so you’ll likely want to have a pinch of salt handy.

According to the report, the trailer will open with a wide shot of Ahch-To amid a massive thunderstorm, before cutting to a squad of TIE Fighters detaching from a Dreadnaught above the planet D’Qar (the location of the Resistance base in Star Wars: The Force Awakens). We then see Finn and Rose in a speeder chase scene on the planet of Canto Bight, shots of Luke and Rey as the latter embarks on her Jedi training, a shot of Rey running towards a raging fire, and a final shot of Kylo Ren looking out into space through the window of what could be Supreme Leader Snoke’s Mega Star Destroyer, the Supremacy.

Check out the full video here…