IDW Publishing, in conjunction with Disney Publishing, has announced that is bringing Scrooge McDuck and his young triplet great-nephews Huey, Dewey, Louie, plus Webby, back in a new comic book series entitled DuckTales: Treasure Trove to coincide with Disney XD’s animated DuckTales reboot, which debuts on Saturday, September 23rd. 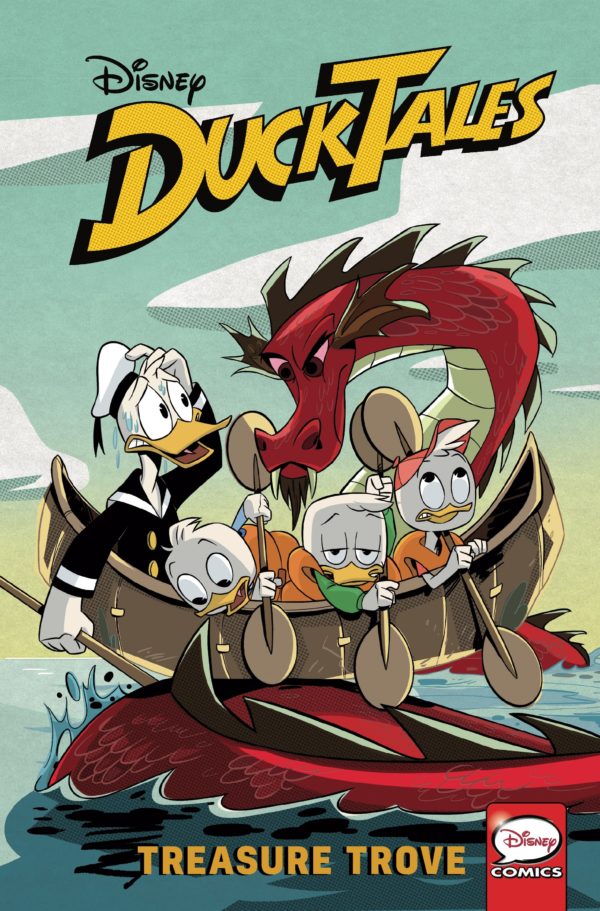 DuckTales: Treasure Trove collects issues #1 and #2, as well as the special introductory issue #0 from IDW’s ongoing series, set prior to the series opener. DuckTales: Treasure Trove is told from the vantage point of Scrooge McDuck’s young companions as they prepare to meet their wealthy great-uncle for the first time. Written by Eisner-Award nominated comic book creator Joe Caramagna and illustrated by a passel of Italy’s finest Disney artists, this title is set to bring you a mix of vibrant new Duckburg short stories set in the world of the animated series.

“DuckTales is always about race cars, lasers, and aeroplanes,” said Caramanga. “The challenge for readers will be not to hum that tune while they read this series. Woo-oo!”