There’s never been a better time for genre fans to dive into the British short film “scene”. Hot on the heels of the Alice Lowes and Ben Wheatleys of this world, are an entire new movement of young, cult-driven filmmakers, pushing old-school movie monsters and pitch black dark comedy to the very front of their repertoires.

And arguably one of the finest examples of this new class is Kate Herron, writer and now director of some of the scene’s most exciting new films. Having co-written the acclaimed Healey’s House with Dawn of the Deaf’s Rob Savage in the past, and directed the likes of the Idris Elba-starring mini-series Five By Five, Herron’s now finally at the helm of her very own monster movie. The preposterously enjoyable Smear (trailer here), follows a young woman (Flowers’ Sophia di Martino) who finds a giant green tentacle monster living inside her vagina during a routine smear test, and it’s guaranteed to be one of the funniest shorts you see all year.

Following the film’s unveiling at this year’s Horror Channel FrightFest (and with its selection at the BFI London Film Festival just on the horizon), we caught up with Kate over email to chat all things Smear, and her even more exciting first feature project Miss Universe. 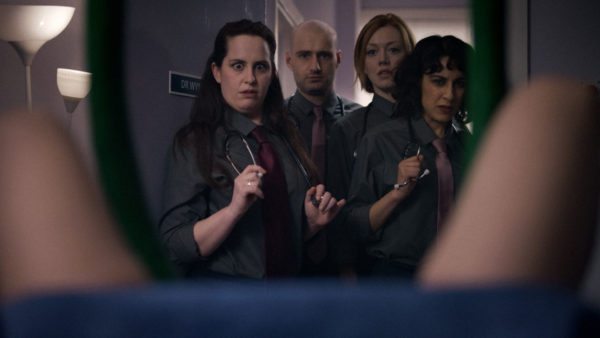 It’s such a bonkers little short – how did it all come together? Was it a long process?

I had the makings of the idea I remember after my first smear test and then years later keen to make a genre short ahead of a feature that’s a horror-comedy, so I spoke to my writing partner, Briony Redman about the idea. We then together, with our own non-tentacle experiences fleshed that out, with the help of our producer Dougie (Cox) at Shadowhouse and also with the help of a local cinema fund (Talkies Community Cinema & Shortsighted) managed to get the film made. It came together quite quickly.

For the female audience the central horror of SMEAR is hugely relatable too (I showed it to my girlfriend and she both squirmed and laughed in equal measure) – was that one of the driving forces behind the film? Do you think there needs to be more representation of the more uncomfortable side of femininity in film?

With Smear, I was keen to make a film that captured how I remember I felt having my first pap-smear – a friend of mine said that it would be the worst thing that could happen to me… it wasn’t but it filled me with so much fear! A lot of women don’t get tests for that reason and comedy felt like a good way to explore this anxiety but also show it can’t be anywhere near as bad to what happens in the short. Weirdly, I think even though I am newer to making horror I’ve always gravitated towards watching it because it’s a fantastic genre for female representation. As for uncomfortable aspects of being a female: more please, always more.

For a film about a tentacled vagina monster, it’s so light and very, very funny too, which is a difficult balance when there’s elements of horror thrown in – did you ever think of it as more of a straight-up horror film? Was finding that right balance between horror and comedy difficult?

Some of my favourite films growing up were horror-comedies like Little Shop of Horrors, An American Werewolf in London and Tremors, and I hadn’t actually thought about it as a straight-up horror film. It could definitely work that way but at the centre of the film we wanted to have fun laughing at that anxiety and push it to extremes, so comedy felt like the best way to explore that. It’s of course tricky to balance with these two genres but I think they’re both building up to a release, whether that’s a laugh or scare, so when you get that tone right they work really well together. 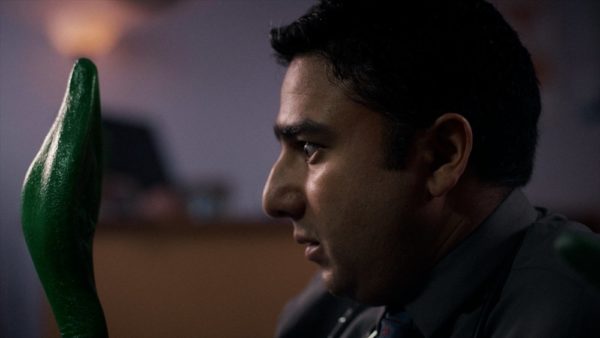 The big question: how did you create the tentacles on-screen? Were they practical? And if so, how were they puppeted?

The tentacles were created by the super awesome Dan Martin at 13 Finger FX. He’s worked on Utopia, ABC’s of Death and is Ben Wheatley’s go-to-guy so I felt really lucky to get him on-board. He’s also made a number of prosthetic penises across the films he’s worked on so I felt for making a vagina-monster we definitely had the right person the job. On the puppets, we had a few for the different moves needed which Dan puppeteered with Jess Murphy.

They’re such a unique design and there’s something very organic about them too – what was the process in designing them? Did you have any direct inspirations?

Me and Dan spoke a lot about different monster movies. I adore Ray Harryhausen’s films and how the monsters have so much personality and depth. It was important to me that the tentacles had a personality and plans of their own, and Dan was great in capturing this. Those are also the monsters that end up traumatising me more, they won’t just kill you but have fun doing it at the same time. One fun fact is I remember Dan had a mould of a facehugger in his workshop (which was modelled on Giger’s wife) and he had the idea of repurposing it inside the tentacles as a fun homage to that creature. I remember talking to him on the phone, whilst on the train, about how far we should push that aspect, and just saying “Yes, go full-vagina, amp it to 11” sort of amazed I wasn’t banned from public transport.

And I really couldn’t not ask about the music – especially ‘Dance of the Tentacles’ – what was the process in bringing that all together with the finished film?

That started partly as I love Gypsy Kings and me and my editor (Robbie Gibbon) used one of their tracks to cut the doctor deaths to. I took it to my composer Patrick (Jonsson) and remember saying that I completely got that it might not be possible but if there was any way to keep the latin-vibe of the music… It turned out Patrick plays flamenco guitar and his wife’s cousin is a flamenco singer so it all came together really nicely! 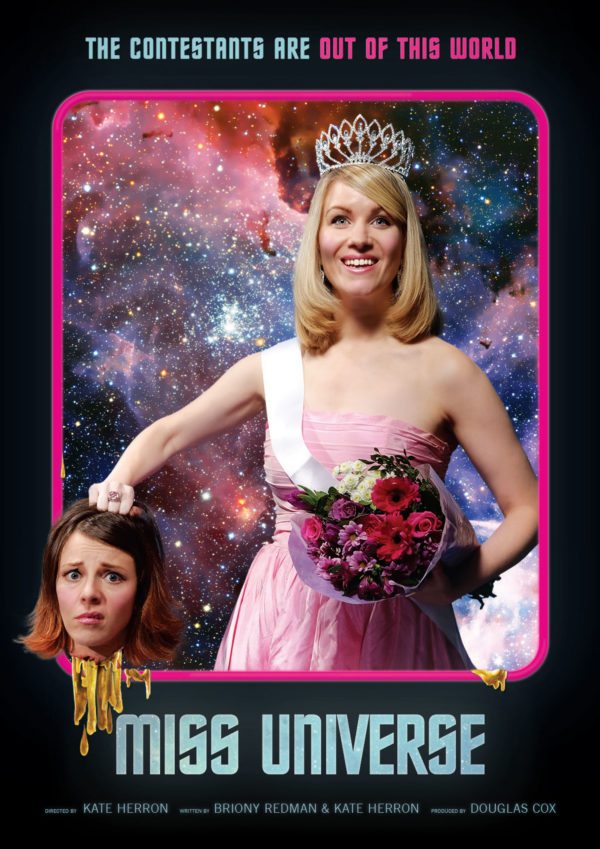 Looking to the future, especially your feature project MISS UNIVERSE – was there anything particular that you learned from making SMEAR that you’ll take forward with you? (would be great to hear more about MISS UNIVERSE too – what sort of tone are you angling for/what are the main inspirations behind it?)

I think a love for working with practical effects will carry across, it was so much fun! On Miss Universe, me and Briony (writing partner, co-writer of Smear), are still writing but it follows the night of a beauty pageant final that finds itself under alien attack so, like Smear, we want to bring over some of that crazy tone and fun we had in the short. It’s inspired by films like The Stepford Wives, The Thing and Death Becomes Her. We want to use the genres of horror and comedy again to explore a female topic but this time it’s competitiveness, with a great deal of alien blood thrown in of course.

Finally – are there any tips or words of wisdom you would pass on to any young filmmakers starting their journey now?

Yes! When you start out and you’re shooting on no money, make a list of what you know you have access to, and try to make a film that’s under 5 mins as these have an easier time of being programmed at festivals. Lastly, it’s going to take a lot of time and energy to get any film off the ground so make it one you love and can’t stop thinking about, no matter how crazy you think it might be. Rather than second guessing what you think people might want to see.

Smear is screening at the BFI London Film Festival as part of the ‘Gits and Shiggles’ short film showcase.