Alex Moreland chats with Juliana Harkavy about all things Arrow…

Hey Alex, how are you?

I’m alright, how are you today?

Excellent! So, how did you first get involved with Arrow?

So, I got the audition around October last year and I went through the audition process and the next week I was in Vancouver. They were shooting the first episode in the middle of the audition and they timed it perfectly. It was extraordinary. It was quick and a fun experience.

When you took on the role, did you feel a weight of expectation on you, given this show has quite a passionate fanbase?

Have you had any particularly memorable fan interactions?

Oh, there was one in Portland, at a comic book convention, a really big fan who was in a wheelchair, and she had this wheelchair that was completely covered in stuff from the show … She told us that she keeps our pictures on her so she feels brave and strong. It was such an incredible moment and it answers the question of how important this is. 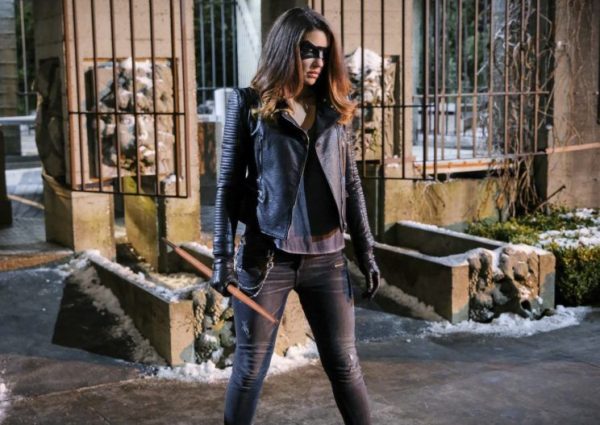 Do you have any hopes at where you’d like to see the role go across the next season?

Definitely more scenes of seeing her train and training her physical strength. I think we should explore her as an athlete, as she’s a very skilled athlete. So just training her physically is what I’m very excited about. And also see how her relationships with the other characters grow and maintain.

I suppose that kind of leads on to my next question – because this is a programme with a big ensemble cast, what do you think makes Dinah stand out amongst them?

She came in as an individual and now she’s part of a team, and seeing her being part of the team, you know, she just approaches things differently and I think she’s a natural leader. I feel she doesn’t consciously try to be the leader, and it’s not that she doesn’t respect that they have a clear captain, but she does have a sense of “I am the leader”, and I think she tries to take the reins somewhat.

Have you worked with Katie Cassidy yet? Because I understand she’s coming back this year as well.

Yeah, we have worked together. She’s really just taught me a lot. She’s the one who taught me everything to know about the show, she’s very on top of it; I try to watch what she’s telling me to do.

Now, because there are certain aspects of the program that are a little bit more kind of “out there”, how do you try and find the emotional core of the character to connect to and base your performance around? 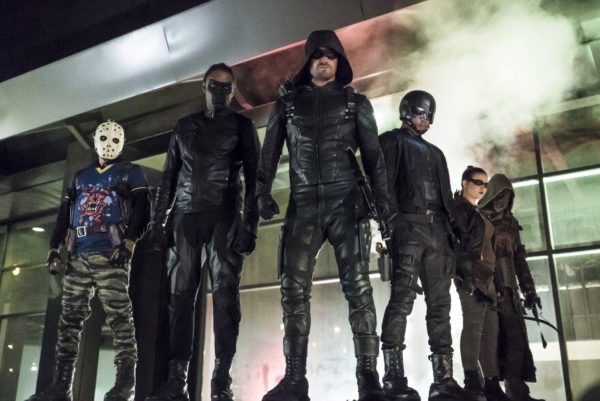 Have you found that challenging so far, or do you think you took to it quite well?

I think it’s kind of coming naturally. I feel very connected to Dinah, even from the start at the audition, because I didn’t even know who she was, I just read the words and learnt what she was going through.

Do you think the character is like yourself in any way?

I think so. I think we’re both kinda struggling… Yeah, I think so. She’s so kind of… she lands on her own feet and I think I see a little of her as well.

Have you had any particular favourite moments out of what you’ve done so far?

Yeah, actually I’ve had so many. I think any time I get to use my powers is pretty great; I love using them, I practice them off set. I just love when it’s happening, it never gets old. And every time it just reminds me like how cool this job is and how lucky I am to be this character. I love all moments of this job.

What would you say is, on the flip side of that, what is the most difficult part of the role?

Well, I think…I think the stuff that we do on camera, that you see what I’ve done, is probably the easiest part of all of it, and the most difficult part has been… not in a bad way, but adapting to the change in my personal life! Yeah, I’ve completely changed, and it’s not difficult in a bad way, it’s just the biggest change, the biggest kind of…yeah. It’s been a change for the better, but it’s definitely an ongoing process.

And finally, what is the most important thing you’d like someone to take away from your performance?

Juliana Harkavy, thank you very much!

Arrow: The Complete Fifth Season is out on Blu-ray™ and DVD September 18th.