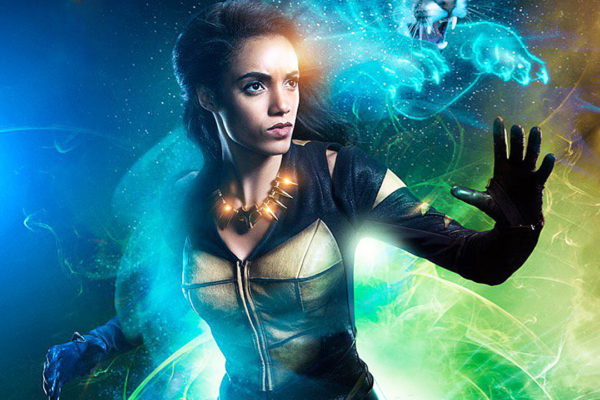 It’s alright, how are you?

Great! So, first of all, how did you first get involved with Legends and what was your audition process like?

I don’t know what to tell you! I got a call – well, I’d been filming actually in South Africa [Of Kings and Prophets] and I just got back to L.A. So I went in, I auditioned, and then I got the call and I found out the actual character I’d be playing, I was like ‘wow, this is incredible.’

Now, unlike the other shows in that universe, Legends is a lot more of an ensemble show. So what do you think makes Vixen stand out in the group? What do you think is Vixen’s defining character trait?

I think, probably her unwavering moral compass. She has a very crisp, clear view of right and wrong and she will do whatever it takes to do what is right and whatever it takes to destroy what she believes is wrong and that is something that she sees challenged quite a lot when she meets the Legends because they’re a lot more in the grey area of right and wrong and that’s something she just has to put up with and it’s like is she willing to pull back there a little bit to save the Legends or is it too much for her? 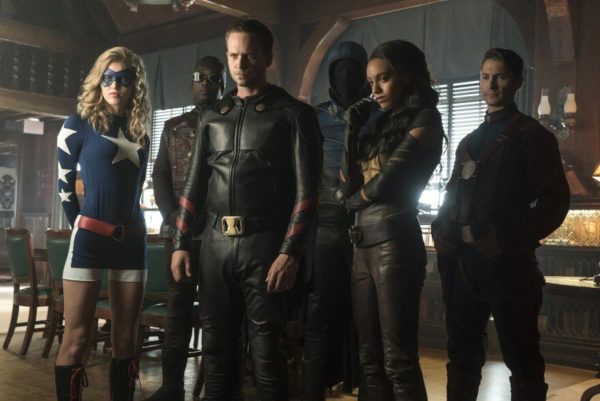 Obviously, it’s a sci-fi show – when you’re doing the more ‘out there’ scenes and story lines, the ones that don’t really map onto real-life experiences, how do you try to keep the emotional core of your performance?

I think that’s the beauty of it. Certainly, with season two, you get a lot of the characters going off in pairs which means we can bring it down to the very much more real-life emotional level – but then you’ve got this huge battle pulling them all together. I think that’s how the show works, because they are human. They are, basically, struggling human beings – [that] is what makes the show work.

Okay. Now obviously you’ve got your animal superpowers – I was wondering how you try to bring that into the performance? I assume that’s something you incorporate into the choreography of fight scenes?

Yeah, it’s great. Each time that I get to [transform], I have a chat [with the director and choreographer] and we try and bring some aspect of that animal into the fight, whether it’s the movement or the posture, which I think is great.

Have you had a favourite animal so far?

Ooh, I mean, visually they all look great. I loved the T-Rex; I thought that was a very cool scene, it was quite touching. But actual excitement? I think the gorilla’s normally quite fun too, so I think probably the gorilla and the T-Rex.

One of the episodes that was quite important for your character early on was one that dealt with issues of slavery. Do you think it’s important for the series to try and acknowledge the realities of the past, as it were?

That’s the thing I think it’s incredible the way she reacts; [it’s important] just to start the conversation. A lot of fans reach out to me to say how moving Amaya is, particularly young women of colour; [it’s important we] use our position on television [to] open people’s minds.

Are there any hints you can give us about the next series and where Vixen might develop?

We’ve got a new supervillain which is great – it brings a whole new energy, and we’ve got a new team mate, Zari, who’s a superhero from the future. I think for Amaya herself she’s still struggling with the Nate relationship. You know, what to do [while] they’re both on the ship together again. Will they, won’t they? [There’s also the question of] what it means to be a superhero.

For you personally, would you rather go the future or the past, if you could?

Definitely the past. I think that, you know, they say it in the show – learning too much about what your own future [can be dangerous] – and I think that there’s so much history and so much that we can learn from and it would be incredible to explore. I mean, I studied archaeology and anthropology at university, so I love that.

That’s very cool! Do you have a particular favourite era of history yourself?

I mean I love, I love the Ancient Greeks and Romans, the Roman Empire. Watching the rise and fall of the Roman Empire would be fascinating. To have such a dominant society that was such a huge part of the Western world just crumble? I’d love to watch that.

Finally, then, what would you most like someone to take away from your performance?

I think mostly I’d like people to see the human in her; to see the way that she has to fight for what she believes is right despite everything else and willing to sacrifice so much in order to pursue the right cause.

Thank you very much. I hope you have a nice day!

Thank you. Thank you, you too!

DC’s Legends of Tomorrow Season Two is out now on Blu-ray and DVD.

Thank you to Maisie Richardson-Sellers for taking the time for this interview.