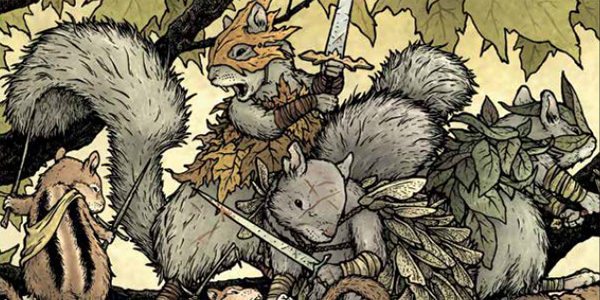 Last year it was revealed that 20th Century Fox had picked up David Petersen’s bestselling Boom! Studios comic book series Mouse Guard: Legends of the Guard for a big screen adaptation, and now Deadline is reporting that The Maze Runner direct Wes Ball is in talks to helm the film.

Mouse Guard “tells of anthropomorphic mice set in medieval times, focusing on a brotherhood of mice that is sworn to protect the common folk.” The script for the movie has been penned by Gary Whitta (Rogue One: A Star Wars Story), while Matt Reeves (War for the Planet of the Apes) is producing.

Next up for ball is Maze Runner: The Death Cure, the third instalment of the YA franchise, which is set for release on January 26th 2018.