The first gameplay footage for Tempest 4000 has been released by Atari showcasing the bright neon colours and the fast paced shooting action.  Designed by the legend that is Jeff Minter, Tempest 4000 is set for release later this year on the Xbox One, Playstation 4 and Windows PC.  Watch this neon shooter gameplay trailer below… 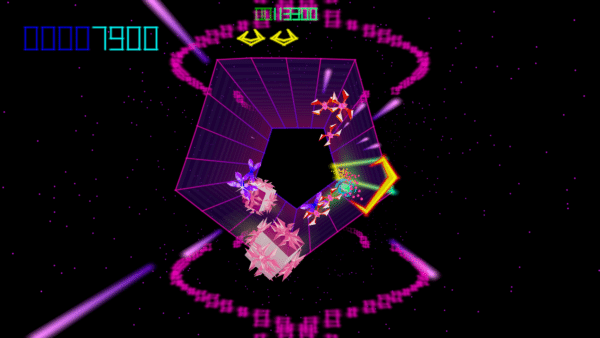 In Tempest 4000 players will see the return of fully equipped Claw spacecraft and take the cockpit to unleash total devastation on a variety of deadly creatures and objects that fly into the screen.  Players will be able to choose from three different game modes and fight their way through 100 levels.

Tempest 4000 will arrive on Xbox One, PS4 and PC later this year.