Deep into production on Godzilla: King of the Monsters, director Michael Dougherty has taken to Twitter to share a behind-the-scenes photo from the set of the upcoming sequel, which features a cockpit in front of a projection of the legendary kaiju, presumably as a stand-in for the actor(s) to react to. Check it out here… 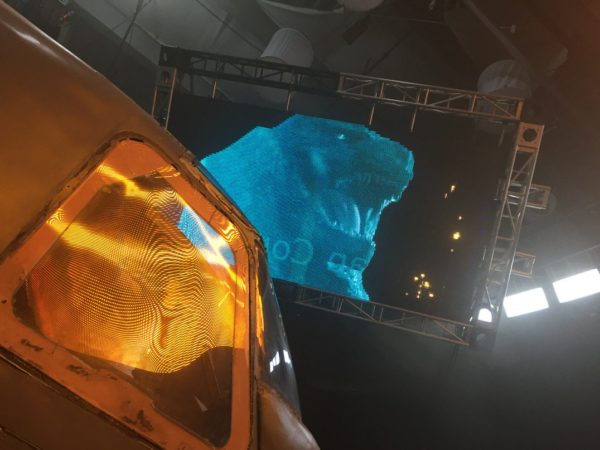