The director of It, Andy Muschietti, has been speaking about the film’s huge success and plans for a sequel.

It was predicted to be a success at the box office, thanks to a mixture of an iconic villain, scary trailer, and 80s nostalgia gripping society. But the Stephen King adaptation was not expected to blow the box office apart.

Breaking nearly every record it could think on its way to a $123 million domestic box office opening, It is now well and truly on top of the world.

Andy Muschietti, who directed the movie, with Barbara Muschietti producing, spoke to Variety about the movie’s success, being asked about their initial predictions.

“I had a premonition like five months ago” said Barbara, “that it would do $80 [million in its opening weekend]. I have no idea why, people kept telling me that I was insane, and I actually turned out being wrong — because it turned out to be higher. Andy has the best attitude toward it, which is, he would keep on shooting until the day of the release of a film if he could, so he isn’t thinking about projections.”

Andy was asked if there was any chance of splitting It’s sequel into two films, answering in the negative.

“I don’t think so. I’ve read that idea in the media, which is funny. I understand why they would think that because New Line originally split up The Hobbit into three [movies] instead of two. It would make sense because it would give me more turf to develop the characters and more of a canvas to develop the journey, but to be honest, there wasn’t a conversation about that and now we are designing the story as one single film.”

SEE ALSO: It floats at the box office with $179 million worldwide opening 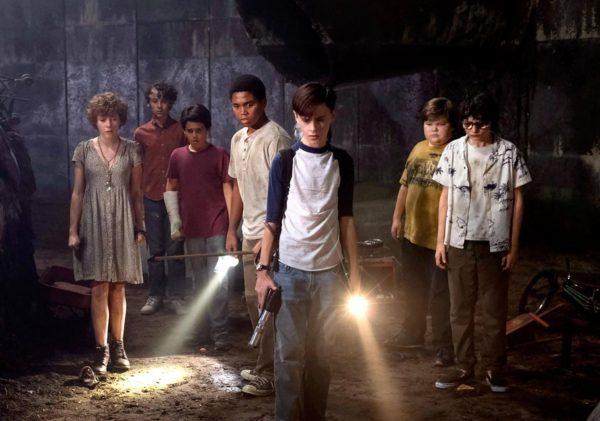 Andy Muschietti also spoke about his desires for the sequel and what he hopes can be achieved in part two that didn’t materialise in this initial movie.

“The thing I want to bring in the next film that I couldn’t do here is the dialogue between the two timelines. That was so important in the book and we didn’t get to explore that here, but I wanted to keep the story of the kids as pure and without interference as I could. The dialogue between those two timelines with all those flashbacks is so important to the book that I want to bring that back.”

Muschietti also told Variety that the plan is to have the kids return in the sequel and make the flashbacks to them and the 80s essential to the movie, as well as touching upon the possibility of his Mama star Jessica Chastain playing the adult Beverly:

“Jessi is an amazing actress and very good friend and I would love her to play Beverly. She loves the movie and it feels like the planets are aligned in that sense, but we still have to make that happen. There are a lot of ideas for the rest of the cast that I’m playing with, but it’s a bit too premature to say those names right now.”