Hot on the heels of the smash hit horror It, producer Roy Lee is turning his sights to the Japanese sci-fi property Ma.K for his next project, with THR reporting that Lee is teaming up with former Universal exec Scott Bernstein to develop a live-action movie for Warner Bros. 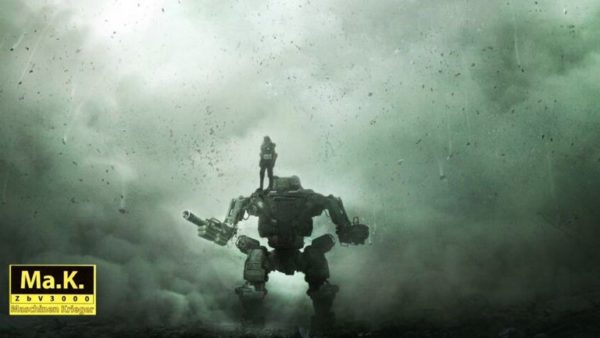 Inspired by Star Wars, Blade Runner and World War I and II, Ma.K was created by Kow Yokoyama in the 1980s as a comic in Hobby Japan magazine, complete with a line of tie-in customizable model kits.

Ma.K “is set far, far into the future after a nuclear war caused survivors to flee Earth. When the planet is habitable once again, new colonies are set up, but it’s not long before a battle over resources begins. When one side wants to make Earth independent, a new revolutionary war begins, this time with mechanized armor and robots.”

“Kow is a world creator in the truest sense, and this project finally gives Ma.K a global audience who will experience this epic and rich sci-fi property as fans have for the last 35 years,” said Kevin Monroe, who will serve as executive producer on the project.