Hollywood is obsessed with journalists. From Howard Hawks pictures to most superhero films and romcoms, journalists are often window dressing for plot and snarky dialogue. Journalists themselves are represented as sheriffs or scoundrels, often overly moralistic or morally bankrupt.

For an industry in love with newsroom culture, Hollywood rarely does actual journalism. Unlike the publishing world, Hollywood hasn’t embraced how it can use its various tools to comment on the world. That is until Kathryn Bigelow.

While Bigelow hasn’t made a journalism movie, she has moved away from fun genre pieces like Point Break. Since The Hurt Locker, her three films have been written by journalist-turned-screenwriter Mark Boal, and they are what she calls ‘cinematic journalism’, an oxymoronic term responsible for the controversy that met both Zero Dark Thirty and her latest, Detroit.

By looking at Bigelow’s recent work, her idea of ‘cinematic journalism’ becomes clear; she is telling a meticulously researched real-life incident with an established cinematic storytelling principles. Like the Literary Journalism movement of the 20th century that combined journalism with your high-school English teacher’s favourite literary flourishes, ‘cinematic journalism’ is informing you without the dry style associated with documentary or reportage.

In cinema, there is nothing particularly new about this. There are many films based on a true story and these films are often given stick for diverging or sensationalising the truth. As he promoted Steve Jobs, Aaron Sorkin was surprised by the backlash against his chosen structure. He argues he didn’t distort or invent any facts, he just presented them in a different way, implying films shouldn’t be journalism. Bigelow disagrees, and her recent output has challenged the USA’s place in the modern world. 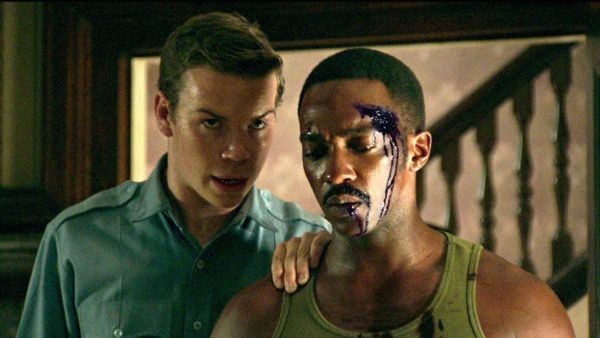 However, her approach has its limitations, and Detroit, with its dedication to the facts, is an example of these limitations. Real life isn’t nicely plotted and someone’s motives are often obtuse. There is little-recorded fact as to what exactly happened in the Algiers, and beyond the probably biased police reports, only journalist John Hersey’s book, The Algiers Motel Incident, offers a comprehensive breakdown. Hersey is one of the Literary Journalism movements heavy hitters, his novel Hiroshima remains one of the best pieces of reportage ever written.

Yet, Hersey hews too closely to journalism, he isn’t bothered about having a nice structure that digs deep into the psychology of his subjects. He just presents what happened, and by following his road, Bigelow’s film ends up feeling cold and distant. Both her and Boal don’t attempt imagining the African-American experience beyond that small scene where Jason Mitchell threatens his friends with a cap gun to show the white girls (Hannah Murray and Kaitlyn Denver) what being Black in America is like. The scenes of white-on-black violence are shocking in isolation, but the film struggles to pin them to the wider narrative and truly letting us into the headspace of its characters: there is nothing in Detroit we won’t gain from CNN.

The later writers of the Literary Journalism movement understood the limitations of the form. In response, Truman Capote filled In Cold Blood, his reporting of a small town murder and its aftermath, with multiple literary flourishes, controversially making things up so he could have the connective tissue required for a clean plot and a deeper emotional connection. The funny thing is, Bigelow also knows this, and Detroit felt like a step back. 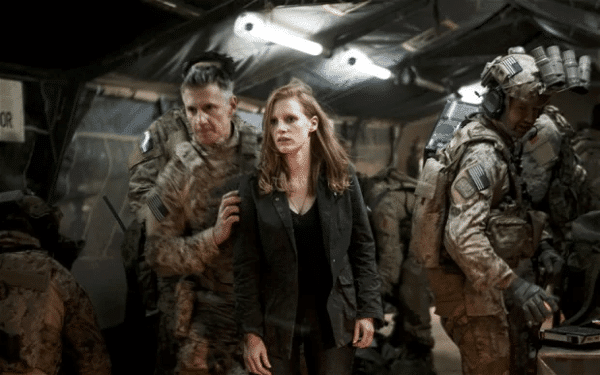 Her ‘cinematic journalism’ was impactful with Zero Dark Thirty because she told fiction with facts. Maya (Jessica Chastain) was a composite character whose experiences were shaped by the experiences of multiple real-life people. The events in Zero Dark Thirty happened, they just didn’t happen to one person. By combining multiple perspectives into one, Bigelow has her clean plot, the greatest hits of the hunt for Bin Laden. She is informing people of the truth with cinematic convention.

And, there is no doubt Zero Dark Thirty works as journalism. It holds a mirror up to the USA, asking difficult questions about its place in the post-9/11 world. Like Detroit, it’s controversy comes from its journalism. The film featuring torture wasn’t the problem. The problem was how it presented those scenes. It has been proven torture didn’t give actable information and lead to the death of Bin Laden, but Bigelow doesn’t care about the torture. She just simply shows us that torture took place, and because there is no definitive answer, it allows people to say the film does, or doesn’t, advocate for torture.

This is good journalism. The place for opinion is in the op-eds, and even though storytelling convention means some information has to appear in the film’s first act full of torture, the characters soon realise the information is wrong. It is clear from the press circuit, the Zero Dark Thirty controversy has dogged Bigelow as she has had a here-we-go-again attitude when questions about Detroit arise. Controversy is something she’ll have to get used to if she continues with her ‘cinematic journalism’.