Ubisoft have released a brand new trailer for the latest Assassin’s Creed title, Assassin’s Creed: Origins which will be available worldwide on Xbox One, Playstation 4 and PC on the 27th October and the Xbox One X on November 7th.  This latest trailer focuses on the mysterious and sinister Order of the Ancients and can be seen below… 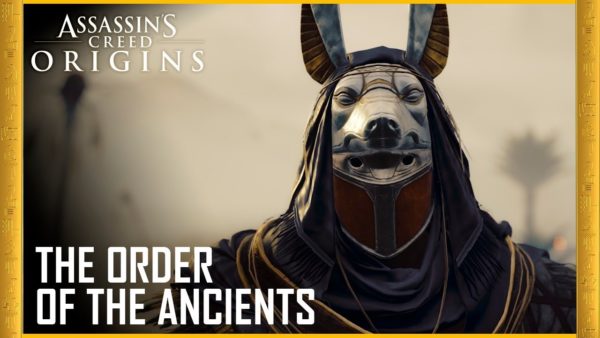 Assassin’s Creed: Origins takes players back to ancient Egypt, a time before the Assassins and the Templars existed, however, there are still those who thirst for power and seek to control the population.  The Order of the Ancients are the equivalent of the Templars, they are powerful, manipulative and rule society from the shadows plus they have the pharaoh in the palm of their hand and are even capable of influencing the actions of Rome and Greece.

The Order of the Ancients don’t allow anyone to stand in their path to power and wealth but one person will try.  The game’s protagonist, Bayek, is a descendant of the Medjay (which was an elite paramilitary force) and is also the last of the recognised protectors of the region.

Assassin’s Creed: Origins is the tenth game in the series and will be available on consoles and PC this October.