Creative Assembly have released a new video for Total War: Warhammer II introducing the wise and powerful Moon Dragons which fight for the High Elves.    In this video we are treated to some fantastic artwork and models of this powerful creature and even get to see the mighty Moon Dragon in action.  Watch this new video below… 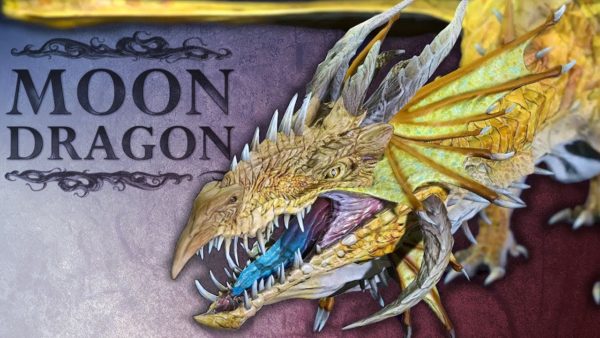 Deep beneath the peaks of the Dragon Spine Mountains in the heart of the Caledor region of Uthuan the Moon Dragons slumber.  These mighty creatures are not the most ancient of their kind (that title goes to the Star Dragons) but they are still older than the Sun Dragons and any realm of man.   These dragons are very wise and extremely powerful making them quite capable of taking on any other monstrous creature they come across in battle.  They will certainly be a game changer for any High Elf commander who is lucky enough to get the opportunity to use one in battle.

Those dragons that surpass the Sun Dragons in might and enlightenment are known as Moon Dragons. Watch it come to life in our latest Introducing video.

Players will be able to get access to these wonderful beasts if they choose to play the High Elves in Total War: Warhammer II when it is released on PC on the 28th September.