Bigben Interactive and Kylotonn Games have unveiled the launch trailer for their upcoming rally racing title WRC 7 which will be available on the Xbox One, Playstation 4 and PC on the 26th September.  WRC 7 is the official game of the 2017 FIA World Rally Championship and this launch trailer showcases some of the vehicles and the amazing looking courses that players will get to scream around.  Watch the launch trailer below…. 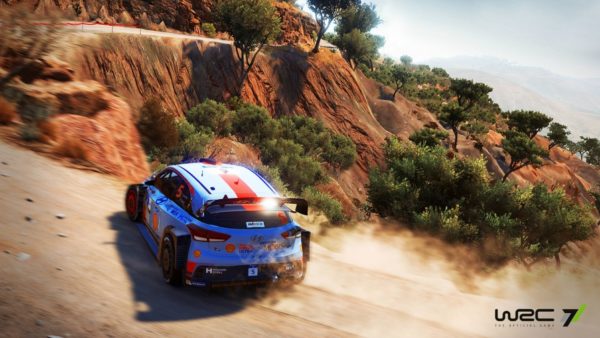 WRC 7 places gamers in the driver’s seat of the 2017 World Rally Championship.  Players will get to compete against all the official rally drivers and race around the four corners of the Earth in powerful cars from all the well known rally manufacturers such as Hyundai, Toyota, Citroën and Ford.  There will be 13 countries to compete through with a total of 52 special stages taking players through some of the harshest rally courses available.  When it comes to official teams WRC 7 has got it well and truly covered and will provide a total of 55 teams to choose from including a large selection of WRC 2 and WRC Junior drivers

For those players who think they have the skills there will be 13 Epic Stages available to put your skills to the test in stages lasting over 15 minutes, this is the ultimate endurance test for WRC fans.

WRC 7’s eSports mode will allow players to compete with one another locally or online and will also provide weekly challenges to really test your skills.

Get ready for WRC 7 coming to Xbox One, PS4 and PC on the 26th September.