Ahead of its arrival on DirecTV next month, a new poster and trailer have arrived online for director Joe Miale’s upcoming action sci-fi Revolt which stars Lee Pace (Halt and Catch Fire) and Berenice Marlohe (Skyfall); check them out below…. 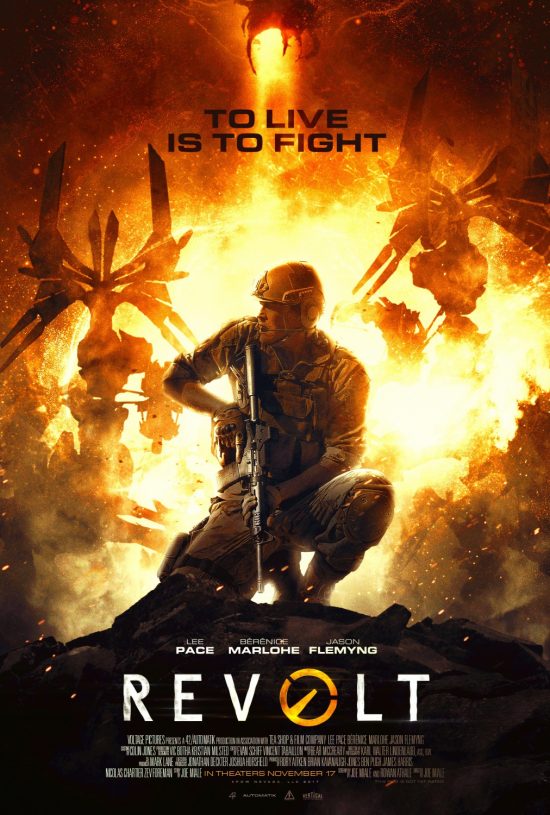 Set in the war-ravaged African countryside, an American soldier (Lee Pace) and a French foreign aid worker (Bérénice Marlohe) team up to survive the alien onslaught. As they journey through the battlefield in search of refuge, their bond will be tested when the soldier discovers his true identity.

Revolt arrives on DirecTV on October 19th, and is set for a US theatrical release on November 17th.