Written and Directed by Polly Steele.

Based on a true story, family secrets have a rolling impact on four generations of women when Helga (Juliet Stevenson) learns that her mother, Traudi (Karin Bertling), is dying. 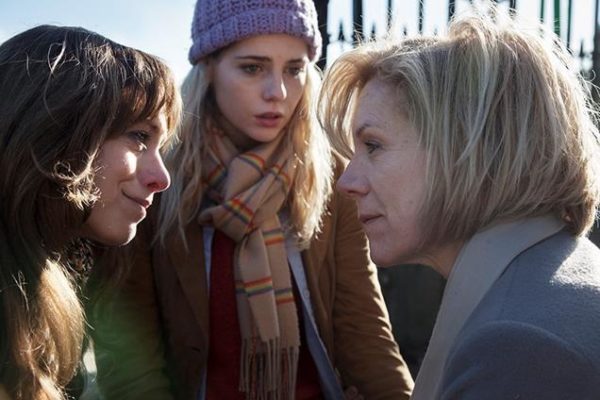 Before watching Let Me Go I Googled Helga Schneider’s memoir, so knew what her family secret would be. I don’t think many will see it coming, and it’s not included in this review because I think viewers should get to make that choice for themselves, but knowing her secret didn’t make me more prepared. Not knowing it wouldn’t be necessary to feel things watching this movie.

Called by a letter to visit her dying mother in a nursing home, Helga decides to go to Vienna. Her granddaughter, Emily (Lucy Boynton), offers to join her for support. Helga’s daughter, Beth (Jodhi May), didn’t know she had a living grandmother, so is dealing with that information. Feeling left out from their trip, this is her chance to meet that grandmother, but instead Beth comes up with excuses not to join them. May’s performance, like her character’s awareness of what’s going on, builds to a crescendo.

Used to shielding her mother Helga from any mention of her childhood, that training is found in her daughter Emily’s ability not to allow herself follow-up questions when her grandmother makes rhetorical hints at how bad things used to be. “You don’t know,” is Helga’s answer, but she’s the reason they’re both in the dark and the winter chill of the season makes the cold they all feel literal.

Helga made a choice not to tell her daughter or granddaughter anything, but it’s a direct response to how her mother always told her the truth, and what that decision continues to cost her. From the start Helga treats the trip like something she can control. When Emily wakes up the day after they’ve arrived there’s a note from Helga saying she’s already left. Maybe they can meet for dinner. If she thinks this will keep Emily away, it only stalls her a day, but what comes out about Traudi during that visit gives Helga every reason for wanting to keep them apart. 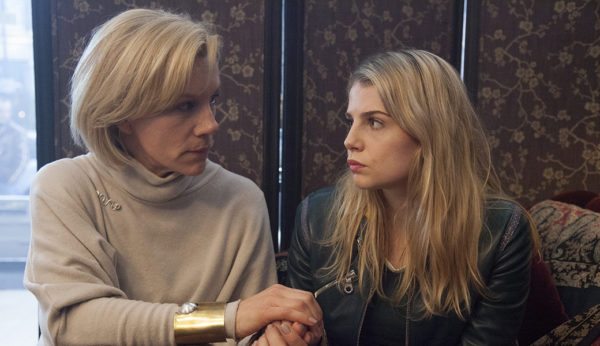 Where Helga seeks to control things for stability, Traudi commands to instill obedience. Helga once relents to calling her “Mutti” and she might be selling her soul away; actress Bertling, makes you so scared when her requests turn towards affection. Traudi’s age is her protection. It’s what makes people hold back when nothing else would, but she’s too on the ball from the moment they meet, refusing to believe Helga is her daughter but then pretending she doesn’t know English, so that Helga will speak German. That sharpness (which is a polite way of putting it) makes her as tough as she is honest. She can’t give Helga what she wants but, besides that, doesn’t play the part as a matter of not drawing attention to herself. She’s proud, and her already captive peers don’t have to strain to hear what she’s saying.

In a scene that captures the movie in a moment, Helga yells her secret out in the middle of a square and a man comes to the window to tell her to be quiet. Helga asks if he heard what she said, and that’s why he asked her to stop, but the windows already down. You don’t know if the noise complaint had any deeper motivation but the possibility is enough. At one point Traudi asks Helga why she is doing this? What is she hoping will happen? Helga doesn’t know how to answer but, in the meantime, has awakened so much pain.

There’s a place your mind immediately goes with a title like Let Me Go, and that association with death initially overwhelms the other meanings that this title can involve. When Helga actually uses the title in the film, it’s to tell her mother to let go of her — to take her hands off. All four women have been hurt by each other’s action but there are some wounds that can be healed. You can’t let go of what Traudi’s done.