With a little under a month to go until its release, a new poster has arrived online for director Dean Devlin’s upcoming disaster epic Geostorm which depicts the destruction of Dubai’s Burj Khalifa; take a look below… 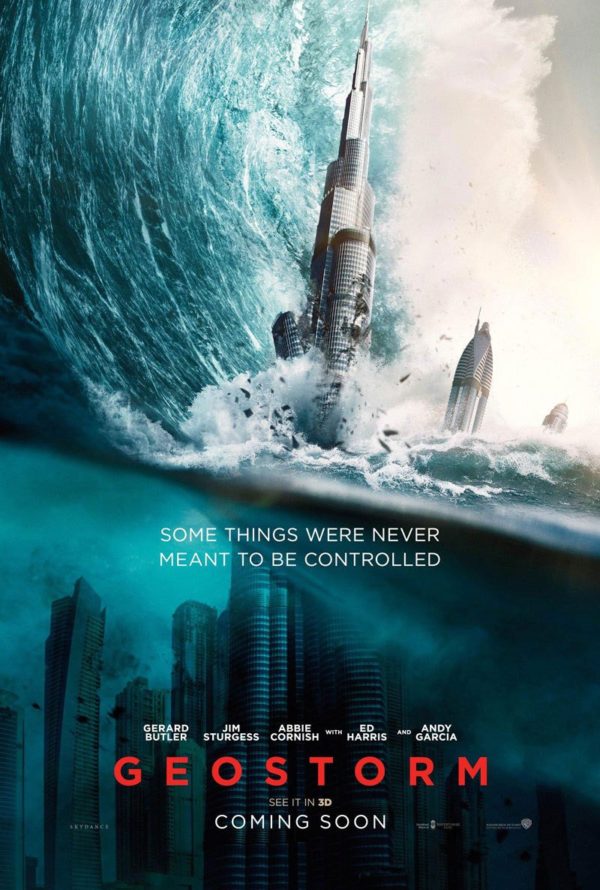 After an unprecedented series of natural disasters threatened the planet, the world’s leaders came together to create an intricate network of satellites to control the global climate and keep everyone safe. But now, something has gone wrong—the system built to protect the Earth is attacking it, and it’s a race against the clock to uncover the real threat before a worldwide geostorm wipes out everything…and everyone along with it.

Geostorm is set for release on October 20th.