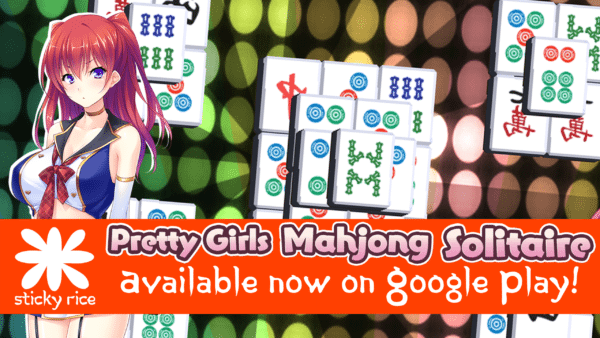 Pretty Girls Mahjong Solitaire will require strategic thinking in a race against the clock to clear pairs of tiles in over 100 different tile patterns.  The game will include 9 beautiful manga girls, designed by popular Japanese manga artists, that will encourage you to succeed by unveiling more and more sexy clothing the better you do.  The more tiles you match the more revealing the outfits will become.  As you progress through the stages you will meet new girls and their captivating attire.

This is the first in a series of Japanese developed games that Sticky Rice Games will be bringing to western audiences so fans of anything Japanese gaming related can expect visual novels, card battlers, strategy games, platformers and more.

Pretty Girls Mahjong Solitaire is available now as a free to play download from Google Play.  iOS owners can expect the game to come to the App Store soon.