It looks like the Force will be with Monday Night Football in early October, as Mark Hamill has seemingly revealed that the second trailer for Star Wars: The Last Jedi will debut during the October 9th broadcast.

Responding to a fan on Twitter asking when they next trailer will arrive, Hamill responded that: “It’s coming eventually! Watch Monday Night Football on Monday October 9th–for no reason in particular.”

Hamill quickly deleted the tweet, but not before a screenshot was captured (via Star Wars News Net): 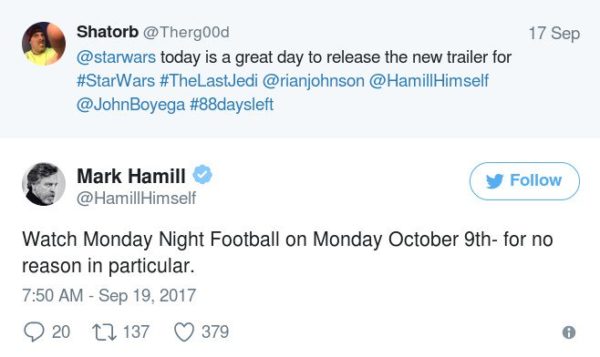 Hamill has subsequently played down his comments, describing it as a “Vikings vs Bears joke”. However, it should be noted that the second trailer for Star Wars: The Force Awakens also debuted in October during Monday Night Football, which airs on the Disney-owned ESPN. 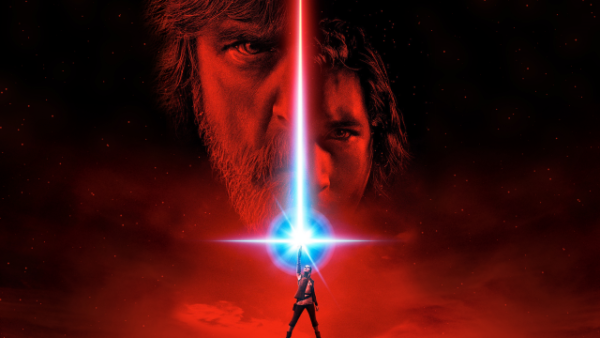