So far, we’ve seen Mark Hamill’s Luke Skywalker sporting a few different costumes in Star Wars: The Last Jedi – the Jedi robes he wore in the final shot of Star Wars: The Force Awakens, a darker, raggy outfit (which according to the action figure, is his Jedi Exile costume), and the above, assumed to be his travelling clothes.

Well, it seems Luke might be taking a leaf out of his mother’s book in The Last Jedi with a different costume for every occasion, as Making Star Wars has uncovered a piece of artwork from Topps’ Star Wars Card Trader which shows him in another Jedi Master-style outfit… 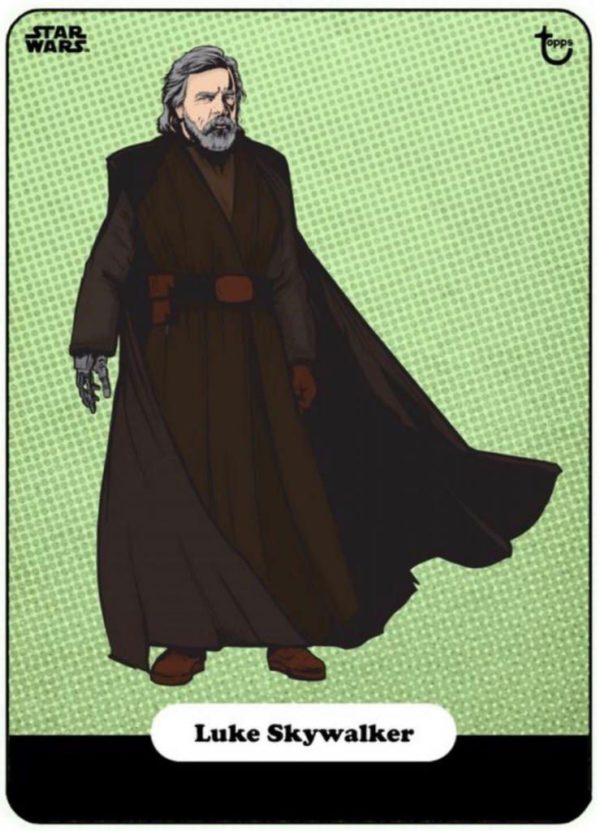