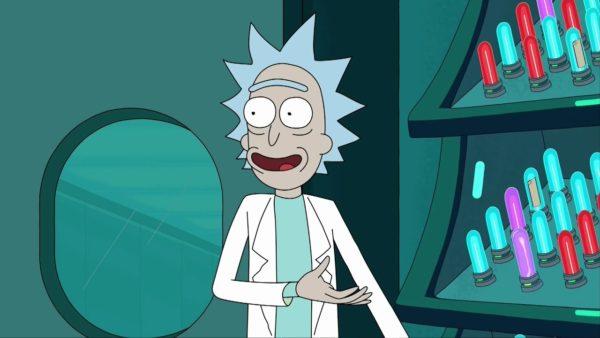 After last week’s mind-blower of an episode, Rick and Morty threw a curveball this week, opting to throw a clip-show episode instead of focusing on the many questions Rick and Morty’s fanbase have after last week’s game-changing revelation. After last week’s Interdimensional Cable tease, though, Dan Harmon and Justin Roiland had something very, very different lined up for us this season.

The episode begins with Rick and Morty on another one of their adventures – running through a Labyrinth style maze of stairs, Morty’s mind is blown when he looks into the eyes of a truth revealing tortoise, despite Rick’s best advising him not to. Morty can’t cope with what has been revealed to him, so Rick suggests that they delete the memory, leading to Rick taking Morty down to a little lair hidden beneath his garage, one that is full of all of Morty’s old memories.

As it turns out, Rick has been deleting Morty’s memories for some time now, and he keeps them in his basement- naming them ‘Morty’s Mind Blowers.’ These memories, as you may have gathered, come together to form this season’s equivalent of ‘Interdimensional Cable.’ 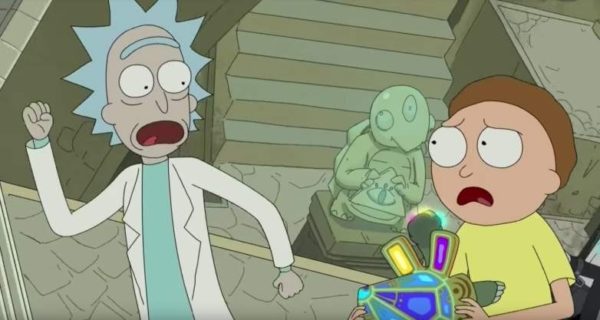 Rick and Morty has always been one of the most visually innovative shows on television and ‘Morty’s Mind Blowers’ give Harmon, Roiland the other four writers credited for this episode a chance to show us what they’ve got. Interdimensional Cable was always great fun, but it never had any real levity, it was just a series of fun animations, with a group of writers trying to one-up each other in terms of ridiculousness. Morty’s Mind Blowers, on the other hand, had some serious character development and some very discreet reveals hidden among its clips.

Firstly, let’s talk about how great those clips were. The sequence where Morty accidentally mistook a smudge for a man on the moon, only for that man to appear at his school, get accused of being a pedophile, and subsequently kill himself was suitably dark and hilarious, as was the sequence where Morty talked an alien into questioning the afterlife, only to discover that it does exist, and it was much darker than he could have imagined. The Kurt-Vonnegut inspired menagerie scene was a hoot, and it also featured a nice little cameo from Mr. Meeseeks, and the Voltron sequence was suitably hilarious as well. 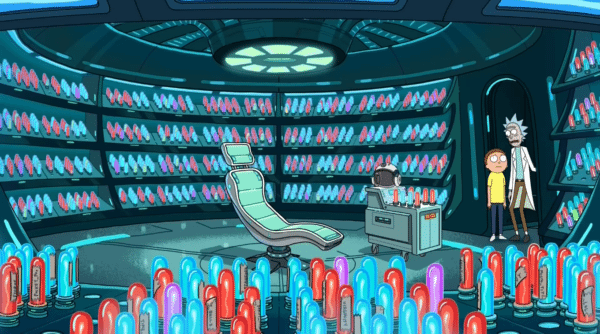 The best scenes here, though, were the ones that give us very subtle little clues as to what Rick has really been hiding from Morty. The sequence with the squirrels suggested that the duo has jumped dimensions a lot more than what we know, while the sequences where Rick messed up were indicators that Rick is perhaps not quite as smart as we think. In fact, those sequences made me wonder as to whether Morty actually only thinks Rick is a genius because Rick has been removing all the mistakes he has made from Morty’s mind. It also reaffirms the idea that as time goes by, Morty is getting smarter and smarter.

A lot of this also plays into the Evil Morty theories– during the compilation sequence, we saw Rick experimenting on Morty and several other occasions where he was being what could definitely be described as abusive towards him. Evil Morty’s first act when he finally captured Rick in Season One was to force him to revisit old memories – an act, that, after this episode, could have been seen as a piece of poetic justice.

After last week’s episode, ‘Morty’s Mind Blower’ is another fine example of Rick and Morty firing on all cylinders. Harmon, Roiland, and everyone else involved in the episode delivered 0ne of the season’s most innovative and enjoyable episodes so far and have also given us theorists plenty to stew over for the coming months.

What did you think of ‘Morty’s Mind Blowers’? Let us know in the comments below, and let Liam know on Twitter, here- @liamhoofe