Last year it was announced that CW Seed would be launching a new Arrowverse animated series entitled Freedom Fighters: The Ray, which will follow the exploits of the gay superhero Raymond ‘Ray’ Terrill. 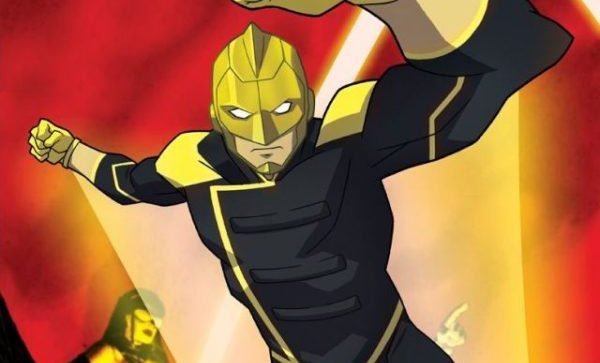 Now comes word that Russell Tovey (Quantico, Being Human) has signed on to voice the character in the animated series, before making the jump to live action this November with an appearance in the big crossover between Supergirl, Arrow, The Flash and DC’s Legends of Tomorrow – revealed to be titled ‘Crisis on Earth-X’.

Here’s the official synopsis for Freedom Fighters: The Ray…

Raymond “Ray” Terrill was a reporter who discovered a group of government scientists working on a secret project to turn light into a weapon of mass destruction. But before he could report on his findings, the project head exposed Ray to a “genetic light bomb.” The bomb failed to kill him and instead gifted Ray with light-based powers. With these abilities, Ray realized he could go beyond reporting on injustice – he could take action to help stop it. Calling himself The Ray, he was recruited by Uncle Sam and the Freedom Fighters to fight violence and oppression wherever it exists.