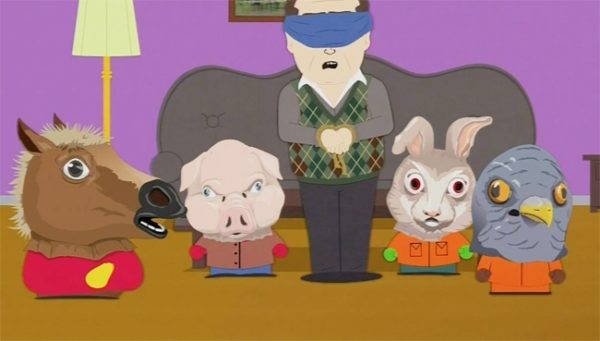 South Park season 21 promised us a return to the classic approach to the show, and while last week’s episode was one of the show’s best in a long time, it still opted to focus on current events. ‘Holiday Special’ the third episode of season 21, is finally a return to the non-serialized, good old days of South Park.

The episode’s plot is simple but hilarious. The episode opens with the school in the middle of a protest due to the proposed cancellation of Christopher Columbus day the following Monday. Of course, it turns out that the man pushing this issue, is Stan’s Dad, Randy Marsh. The episode then follows Randy on his quest to have Christopher Columbus removed from the history books for being a genocidal maniac. 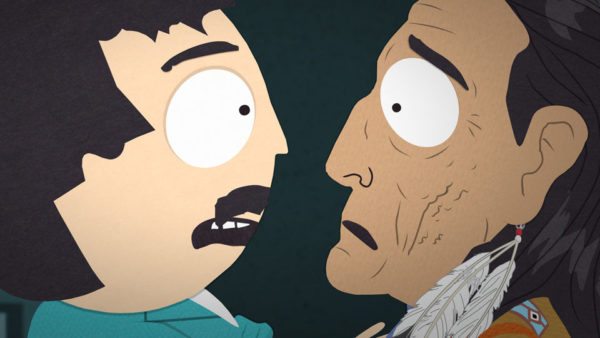 As you’d expect from an episode that is focused primarily on Randy – the whole thing gets messier and more ridiculous as the episode rolls on. Soon Randy is checking his DNA to find out if his ancestors have ever been oppressed and kissing a Native American in an attempt to cheat the test.

The episode’s little subplot was focused on the boys trying to get the holiday reinstated, going to the effort of kidnapping the school calendar guy while wearing animal heads over their faces. Seeing the boys not only back on-screen, but back in their original group was really nice and seeing them just focus on something silly like trying to get a Monday off school was a refreshing throwback to the glory years of the show. 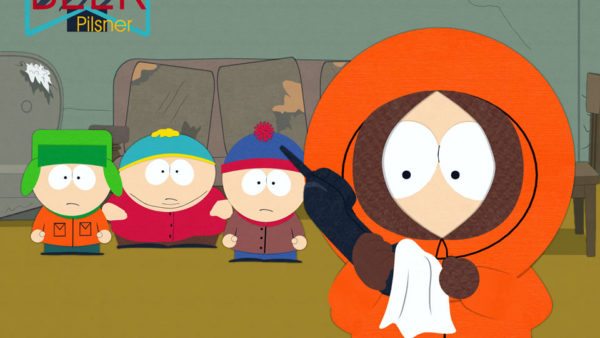 Of course, Parker and Stone couldn’t release a full episode without having a little dig at someone; this week choosing to take a dig at the myth of white oppression and the way white people try to claim themselves as victims in a world where they are quite clearly not. It did also take a stab at the current trend of DNA testing, though, more at the ridiculousness its results can breed, as opposed to the companies themselves.

‘Holiday Special’ was a great example of some good old-fashioned South Park fun. The show drew a line under the ongoing narratives and returned to what it does best – outrageous escapades topped off with a cheeky bit of satire. After the last two episodes, season 21 is gearing up to be a fine return to form for South Park.

What did you think of South Park? Let us know in the comments below, and let Liam know on Twitter @liamhoofe