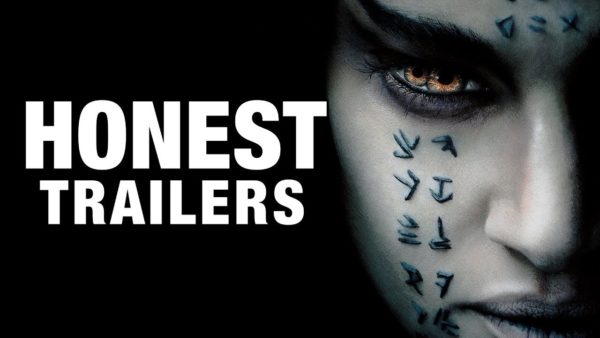 Screen Junkies has turned its attention to The Mummy, the first instalment of Universal Pictures’ shared Dark Universe, for the latest episode of Honest Trailers.

“Explore the terror of a film without a soul; that misses the horror of the original; and settles in to it’s own blend of action-blockbuster cliches that manage to kill all hype for the dark universe before it even began. If the prospect of an action movie universe starring men in their 50’s fighting monsters from the 30’s excites you, then saddle up as Tom Cruise bumbles from action scene to exposition dump without pausing to develop his character beyond home-schooled Indiana Jones in this rare Cruise misfire.”

Thought safely entombed in a tomb deep beneath the unforgiving desert, an ancient princess (Sofia Boutella of Kingsman: The Secret Service and Star Trek Beyond) whose destiny was unjustly taken from her is awakened in our current day, bringing with her malevolence grown over millennia and terrors that defy human comprehension.

From the sweeping sands of the Middle East through hidden labyrinths under modern-day London, The Mummy brings a surprising intensity and balance of wonder and thrills in an imaginative new take that ushers in a new world of gods and monsters.