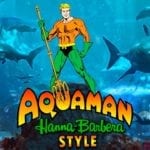 Warner Bros. and DC Films made quite a splash at Comic-Con this past weekend with the release of the first trailer for Aquaman, and now we’ve got a fan-made animated remake courtesy of the folks at Darth Blender, which pairs the soundtrack from the official trailer for the DC blockbuster with footage from the classic […] 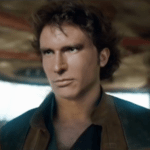 Alden Ehrenreich faces a rather daunting task this coming week as he steps into the shoes of Harrison Ford to portray the iconic Han Solo in Disney and Lucasfilm’s Solo: A Star Wars Story. While Ehrenreich performs admirably by all accounts [read our review here] for many, we’re sure, there’s only ever going to be […] 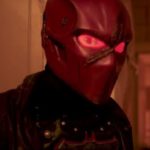 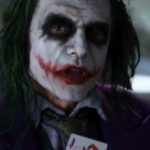 Last week, the folks at Nerdist released a rather humourous video featuring The Room creator Tommy Wiseau ‘auditioning’ for the role of The Joker, and now sure enough someone has taken that footage and spliced it into Christopher Nolan’s The Dark Knight. It’s probably not going to win any Oscars, but it’s definitely worth a […] 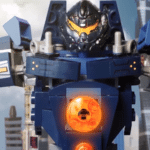 Pacific Rim Uprising has been given the LEGO treatment with a recreation of the first trailer for the upcoming sci-fi action sequel, produced by the mech master builders at Brick Force Studios; check it out here… SEE ALSO: Watch five clips from Pacific Rim Uprising The globe-spanning conflict between otherworldly monsters of mass destruction and the […] 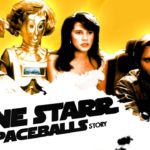 Earlier this month we got our first look at Disney and Lucasfilm’s second Star Wars Anthology movie Solo: A Star Wars Story, and YouTuber Darth Blender has taken that trailer and mashed it up with footage from the Mel Brooks comedy classic Spaceballs to deliver Lone Starr: A Spaceballs Story. Check it out here… Director […] 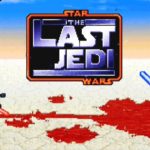 YouTuber Mr Sunday Movies has released a new video from animated John Stratman, which features a 16-Bit remake of the climactic battle from Star Wars: The Last Jedi, as Luke Skywalker faces off with the forces of the First Order, before duelling his nephew Ben Solo, a.k.a. Kylo Ren. Check it out here… SEE ALSO: […] 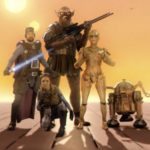 As any hardcore Star Wars fan will know, George Lucas owes much of the visual design of the Star Wars saga to legendary artist Ralph McQuarrie, who was commissioned by the filmmaker to produce a series of concept illustrations for the-then titled The Star Wars as Lucas sought to make his ambitious space opera a […] 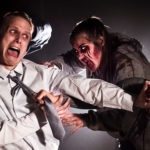 Zed Zombie Survival Events have answered the thrill seekers prayers this Christmas as they announce they will be hosting Original Zombie Survival Experiences through to January 27th. Zed Events, who have terrified over 40,000 victims since their launch 5 years ago will lay on ‘full immersion’ zombie survival events in an 250,000 Sqft abandoned shopping mall […] 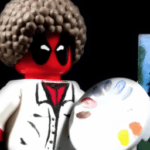 Earlier this month we got a rather unique first teaser for Deadpool 2 which saw Ryan Reynolds’ Merc with a Mouth parodying artist Bob Ross, and now Huxley Berg Studios has released a LEGO remake of the trailer; watch it here… SEE ALSO: Watch the teaser for Deadpool 2 here After surviving a near fatal […]