Martin Carr reviews the penultimate episode of The Strain season 4… 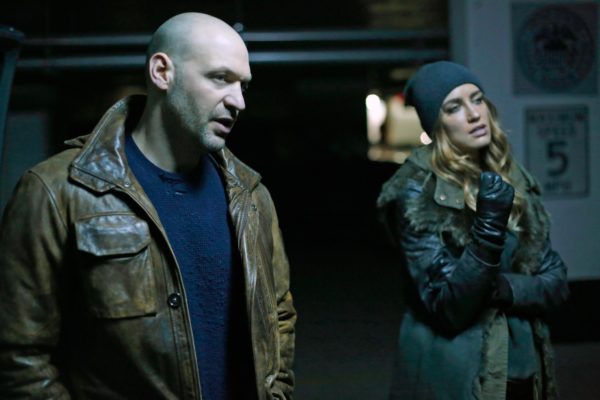 As we near the end of a four-year odyssey there are layered dialogue scenes, moral questions on both sides about bearing the blame and slicing and dicing aplenty. As we watch ‘The Master’s final trump card being played, disciples being interrogated and megaton bombs being ferried around town like takeaway pizza The Strain steps up a notch.

Goodweather, Dutch, Fet, Quinlan, Gus and Roman have developed into a tightly bonded team. Interlopers, fraudsters and the enemy are quickly sniffed out, dispatched or questioned to gain more information. High points in ‘The Traitor’ focus primarily on dialogue scenes between Goodweather and Zak, Fet and Dutch as well as Desai and everyone else. Penry-Jones continues bringing a disconnected mercenary disposition to proceedings, which underpin any emotional moments or fantastical events. Jonathan Hyde perpetually overlooked incarnation of ‘The Master’ is understated, regally menacing but consistently effective in remaining one step ahead. 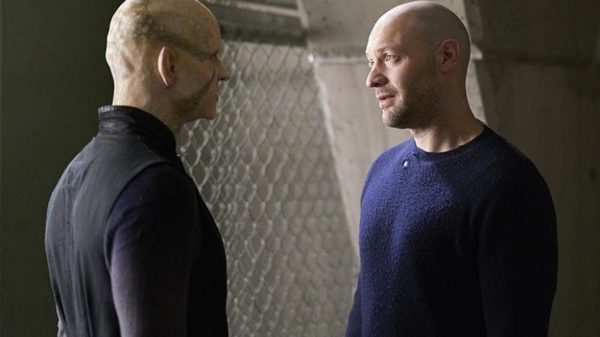 Max Charles should be called out for his underhanded performance opposite Corey Stoll in their dialogue scenes, being both conniving, emotionally manipulative yet empathetic. A difficult thing to pull off without coming across as annoying, hammy or surplus to requirements. Similarly the moral debate which goes on between Fet and Dutch after their questioning of Desai deserves equal praise, exposing the humanity beneath their bravado.

Despite being off the reservation David Bradley’s Setrakian still casts a long shadow over the remaining cast members, as his ethos, determination and unrivalled belief continues defining them. As for the overarching plot point of nuclear destruction which they intend to unload on ‘The Master’, it was obvious this was never going to happen in episode nine. What it did do was give us more quality time with these people before they are confined to the pages of their source material, or locked away in a network vault somewhere. 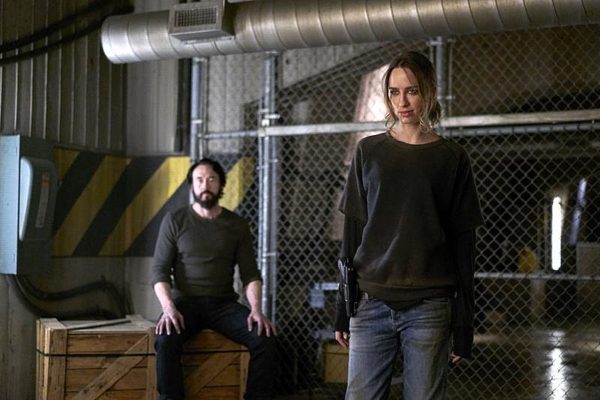 As with any series of this magnitude it is more about the journey than a final destination. Our interest, engagement or disregard pivots on the degree to which these people are made flesh. What I have found having stayed with The Strain for almost four years is that time plays a big part. This series did not have the most auspicious of opening seasons and only heated up into season two if we’re being honest. But all I can say for anyone who is dipping in almost forty plus episodes too late is that this has been worth it. Get through that first season, pay attention to the necessary yet overly elaborate exposition and season two onwards becomes rewarding.

As ‘The Master’ flees another confrontation and our heroes are once again surrounded and up against it, take heart in the fact that there is a final episode promising either a major slap down or monumental cliff hanger. Either way this trilogy has every intention of going out with a bang.