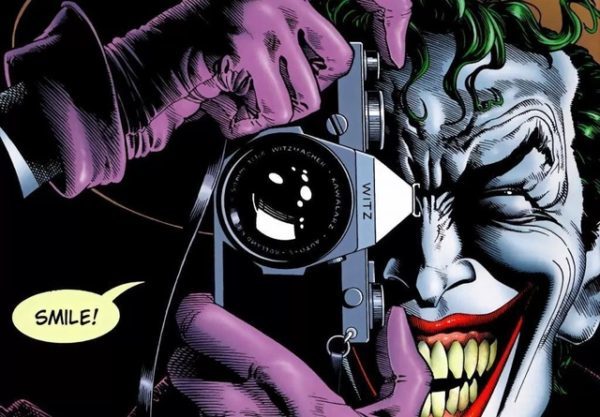 Almost a month ago to the day, it was revealed that Warner Bros. had tapped Todd Phillips (The Hangover) to direct a Joker origin movie, which would be separate from the DC Extended Universe.

Well, it seems the project may be further along than we thought, as Justin Kroll from Variety is reporting that Phillips and his co-writer Scott Silver (8 Mile) are set to turn in their script next week, and may even be looking at shooting the project in 2018.

Hear THE JOKER script will be turned in by next week, super fast considering when announcement went out bodes well for 2018 shoot

The Joker origin movie is set to be the first offering from a new DC division at Warner Bros. and has been described as “a gritty and grounded hard-boiled crime film set in early-’80s Gotham City”. Martin Scorsese is reportedly attached to produce the film, with Warner Bros. said to be hoping to use Scorsese’s involvement in order to cast Leonardo DiCaprio as the Clown Prince of Crime.

SEE ALSO: The Joker doesn’t need an origin story (or a solo movie)