Ahead of its release later this month, Gravitas Ventures has debuted a poster and trailer for the found footage revenge thriller #FromJennifer, which features a cast that includes Danielle Taddei, Meghan Deanna Smith, Derek Mears (Friday the 13th) and Tony Todd (Candyman). Check them out here… 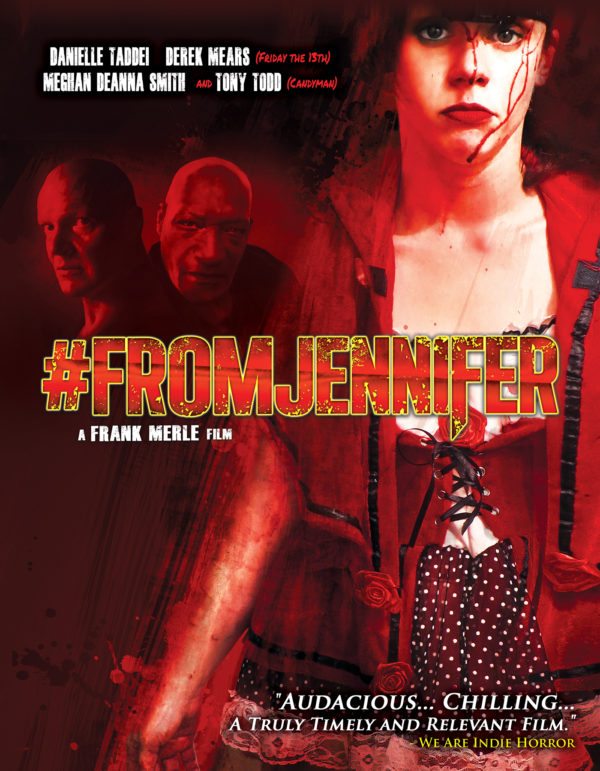 Jennifer Peterson (Danielle Taddei) is having a very rough week. She’s been fired from a movie shoot, her manager just dropped her, and her boyfriend dumped her, right after releasing a sex tape of them together.

#FromJennifer is set for release on September 28th.