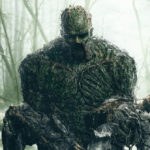 Earlier this month DC Universe announced that it had cancelled its latest live-action series Swamp Thing, just days after the show made its premiere on the streaming service. The news wasn’t entirely surprising, seeing as DC had shut down production on the first season early, slashing the episode count from 13 to 10, but it’s […] 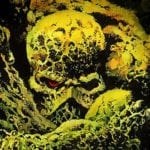 DC Universe’s Swamp Thing has found both its lead star and villain. The streaming service has announced that Andy Bean (It: Chapter Two) will play Alec Holland while Derek Mears (Friday The 13th) will play Holland’s alter-ego and titular hero, Swamp Thing. Alec Holland is a scientist caught in the cross-hairs when he discovers a mysterious virus […]

After casting Abby Arcane and Liz Tremayne last week, it seems that DC Universe may have found its Swamp Thing for the upcoming live-action series. According to Splash Report, who first broke the news that Len Wiseman (Underworld) would direct the pilot, actor and stuntman Derek Mears – best known for his role as Jason in the […] 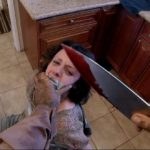 Ahead of its release later this month, Gravitas Ventures has debuted a poster and trailer for the found footage revenge thriller #FromJennifer, which features a cast that includes Danielle Taddei, Meghan Deanna Smith, Derek Mears (Friday the 13th) and Tony Todd (Candyman). Check them out here… Jennifer Peterson (Danielle Taddei) is having a very rough […]