Ahead of its release next month, a UK poster and trailer have arrived online for the upcoming survival thriller 6 Below. Based on a true story, the film stars Josh Hartnett as Eric LeMarque, a snowboarder that went missing during a winter storm in the High Sierra Mountains; take a look below… 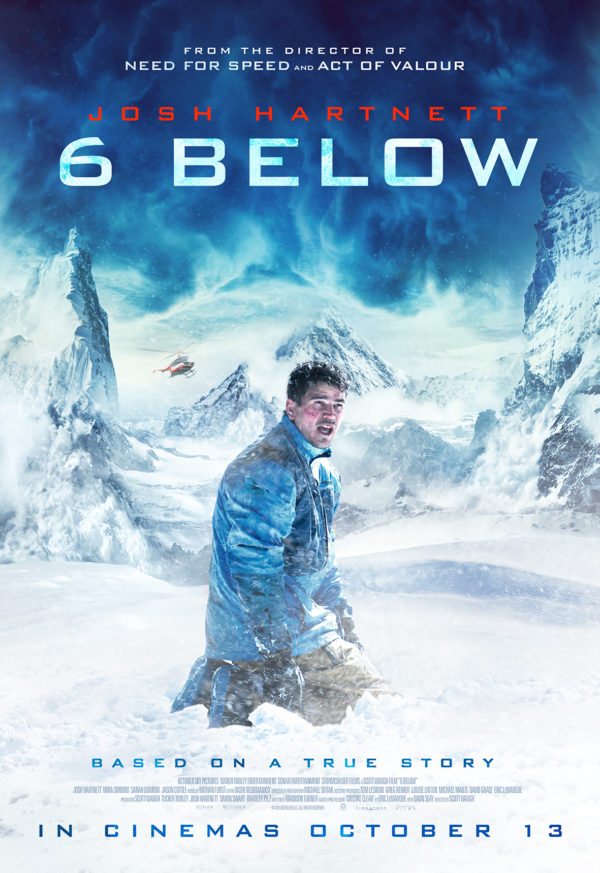 Eric LeMarque (Josh Hartnett; TV’s Penny Dreadful, Lucky Number Slevin) is a thrill-seeking snowboarder with a weight of personal demons on his back. When he gets lost in a massive winter storm in the back country of the High Sierra Mountains, LeMarque is pushed to the limit and forced to battle those demons head-on as he fights against the worst the elements can throw at him.

6 Below is set for release on October 13th.