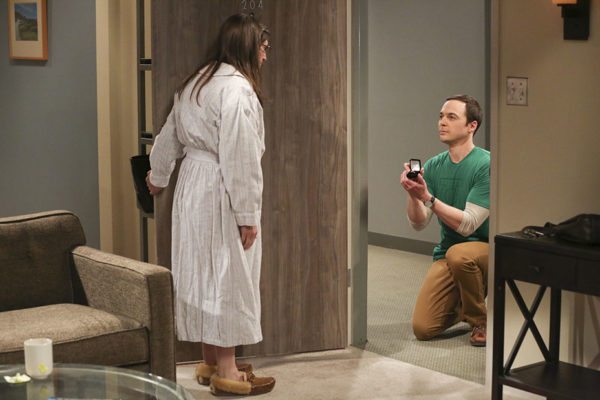 With just three weeks to go until fans finally gets to hear Amy give her answer to Sheldon’s proposal in the season 11 premiere of The Big Bang Theory, a promo has arrived online for CBS’ hit sitcom which you can check out below…

“Amy gives Sheldon an answer to his proposal while Howard and Bernadette struggle with some unexpected news, on the 11th season premiere of THE BIG BANG THEORY, Monday, September 25th on CBS. Laurie Metcalf returns as Sheldon’s mother, Mary; Riki Lindhome returns as Ramona; and Stephen Hawking returns as himself.”

The Big Bang Theory season 11 is set to premiere on September 25th on CBS.