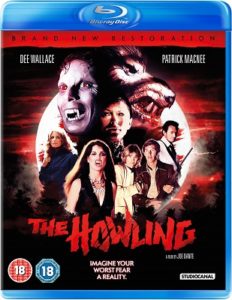 A female reporter is attacked by a notorious murderer so to get over her trauma she is sent to The Colony for relaxation. And then her problems really begin… 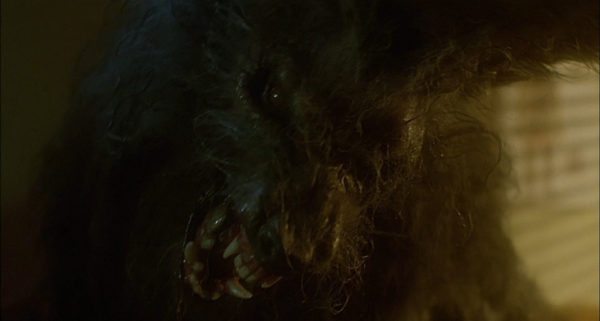 After meeting up with notorious killer Eddie ‘The Mangler’ Quist (Robert Picardo – Star Trek: Voyager) in a dark porno theatre as part of a police sting, television reporter Karen White (Dee Wallace – E.T./The Lords of Salem) starts to experience strange visions, resulting in her distancing herself from husband Bill Neill (Christopher Stone – Cujo) and being unable to do her job. On the advice of her doctor George Waggner (Patrick Macnee – A View to a Kill), Karen and Bill are sent to The Colony, Waggner’s coastal retreat where Karen is advised to talk about her fears with other people with similar problems against a relaxing backdrop of peace and tranquillity and hopefully rebuild her relationship with Bill.

While vegetarian Bill seems to take to hunting in the forest with the men by day and being the object of seductive patient Marsha’s (Elisabeth Brooks – Deep Space) attentions by night, Karen’s nightmares intensify and when Bill is attacked by a wolf their already troubled relationship seems to worsen as his personality seems to change. As if that wasn’t enough, Eddie Quist’s body has disappeared from the morgue…

Arriving on Blu-ray in a brand new restoration and with some new features for the UK, The Howling is very much considered one of the cornerstones of werewolf cinema and one of the notable mainstream horror movies from the early 1980s. Notable for not only being a well produced horror movie but also because it came out around the same time as John Landis’ popular classic An American Werewolf in London, with both movies utilising state-of-the-art special effects from Rick Baker, although Baker left The Howling in the hands of his assistant Rick Bottin (The Thing) to concentrate on Landis’ movie. With both movies coming out at roughly the same time and having a similar feel to the transformation gags it is easy to keep comparing the two but really they are very different as An American Werewolf in London, whilst also full of werewolf movie references (John Landis and The Howling director Joe Dante are about the same age and would have the same reference points), is very much a contemporary piece in both look and feel, acknowledging the past but very much fitting in with the then-current gorier horror movie boom; The Howling, despite boasting modern special effects, feels like more of a throwback movie, utilising 1970s pacing and a darker, seedier edge that has more in common with something like Rino Di Silvestro’s The Legend of the Wolf Woman or the Amicus whodunnit The Beast Must Die than it does with Landis’ energetic horror-comedy. 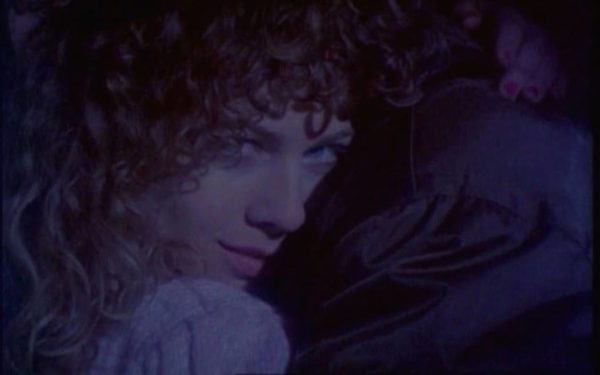 Of course, this is a Joe Dante movie so we get dozens of horror movie references that would likely go over the heads of most mainstream audiences, such as characters being named after the directors of previous werewolf films – George Waggner (The Wolf Man), Terence Fisher (The Curse of the Werewolf), Freddie Francis (Legend of the Werewolf), Roy William Neill (Frankenstein Meets the Wolf Man) and Charles Barton (Abbott and Costello Meet Frankenstein) are amongst some of those referenced – plus cameos from the likes of legendary filmmaker Roger Corman (The Fall of the House of Usher), Famous Monsters of Filmland founder Forrest J. Ackerman and Dante regular Dick Miller as Walter Paisley, named after the character he played in A Bucket of Blood (and also played in several other Dante projects over the years as an in-joke) so if you’re as big a horror movie buff as Dante you’ll have endless hours picking through all the nuggets the director has placed within his film.

But despite the fun you can have watching The Howling it is still quite a dark and surprisingly serious movie. The tone is certainly downbeat and fairly gritty during the opening act where Karen confronts Eddie in the porno theatre, giving the feel of a New York thriller from 10 years earlier rather than being set in the flashy Los Angeles location that was used, and although there is a lot of humour in the script – Dick Miller’s Walter Paisley being far too knowledgeable about werewolves, infamous tightwad Roger Corman searching a payphone for uncollected change, and a few other canine-based gags to balance things out – The Howling cannot be considered a horror-comedy, unless you count the badly animated werewolves having sex in front of a roaring fire and some charming but seemingly out-of-place stop-motion wolves up on two legs for the final attack scenes but these moments are unintentionally funny. That said, somebody must have looked at the final wolf transformation of the movie and questioned what the filmmakers were thinking as the resultant ‘wolf’ looks like the lovechild of Chewbacca and a shih tzu, and not very terrifying at all.

Boasting a gorgeous picture quality that really shows up the contrast between early ‘80s neon lights and the clever uses of shadow, not to mention some amazing lighting techniques to aid those all-important special effects, the disc also comes packed with several interviews with crew members that include The Howling franchise producer Steven A. Lane, editor Mark Goldblatt, co-writer Terence Winkless and stop-motion animator David Allen, a look at the locations in the movie and an audio commentary from The Howling novel author Gary Brandner. As a restoration this is as pristine as The Howling is likely to get and it looks stunning, and as a horror movie it still has the desired effect thanks to those stylistic directorial choices and Rob Bottin’s exemplary bladder effects used during the transformations. It isn’t a perfect movie by any means and although it gets compared to An American Werewolf in London a lot it does stand on its own merits, and even the increasingly dire seven sequels that followed it haven’t managed to damage its reputation or standing as one of the highlights of early ‘80s horror (although Howling II tried but 17 cuts of Sybil Danning’s ample bosoms busting out of her corset gave that film a certain… ahem… charm), so if you don’t yet own it or wonder whether the upgrade from your old DVD is worth it then it is very pleasing to say that this Blu-ray is definitely worth picking up.