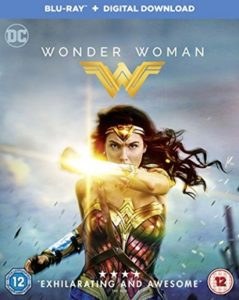 After a fighter pilot crash lands on her home island, an Amazonian princess leaves the safety of her home and joins the battle of WWI, discovering her superpowers along the way. 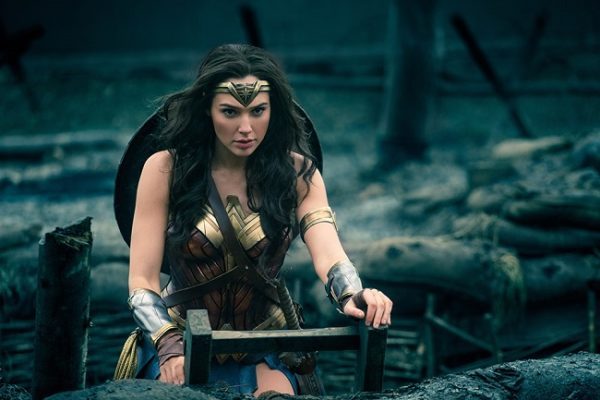 It would be fair to say that the DC Extended Universe has gotten off to a fairly shaky start with some mixed reactions to the three movies already released, those being Man of Steel, Suicide Squad and Batman vs. Superman: Dawn of Justice. However, Wonder Woman, film number four, has proven to be a step in a more positive direction with a theatrical run that brought millions of paying customers through cinema doors to see the first full big screen adventure for the Amazonian princess.

Much of this positivity can be credited to the casting of Gal Gadot in the title role, a role that she will no doubt be associated with for pretty much the rest of her career in the same way that Christopher Reeve was with Superman, and that isn’t to say either actor is typecast but they just nailed everything about the character they portray so much that it is difficult to think of them as anything else. It helps that there isn’t a previous incarnation of Wonder Woman in the movies (and only those of us of a certain age will remember the Lynda Carter TV series from the 1970s) so for younger – i.e. the majority – audience Gadot will be THE Wonder Woman that future incarnations will be compared to, and perhaps that is why the most recent Superman and Batman movies aren’t as fondly looked upon as there are other readily available versions out there with other actors already associated with the role. It is the sense of wonder, naivety, her kind soul and projection of strength when confronted that has made Wonder Woman/Diana Prince such an endearing character in the comics and Gal Gadot hits every one of those character traits with apparent ease, and has that thing going on when you don’t see the actor on the screen but the character, as did Reeve. 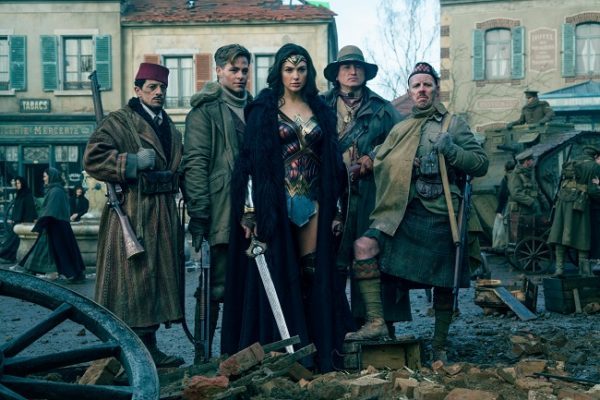 As well as Gal Gadot shining in her role we also get Chris Pine (Star Trek) as Steve Trevor, who has a lot more to do in the story than most love interests as he is the catalyst for Diana to leave her paradise island and venture into the ‘real’ world to fulfil her destiny. Pine manages to get the balance of charisma, humour and gravitas within the story right and does not come across as a secondary character despite the fact that he is. The other characters that make up Diana’s immediate circle – and if you’ve seen Batman vs. Superman: Dawn of Justice then you have already seen them at a glance – are all fairly likeable and have a nice dynamic with Gadot and Pine without trying to steal the limelight.

What also works for the movie is the WWI setting. The film opens on the island of Themyscira, a paradise island created by the god Zeus and hidden from the real world by a protective shield, and the film stays there for a while as we follow Diana from curious little girl to fully trained warrior princess but once Steve Trevor’s fighter plane crashes there and Diana realises there is a war being fought in world she does not know of that is not too far away then we swiftly get brought into London in 1918 and this shift from fantasy into a ‘real world’ scenario gives the film a greater sense of depth, and when combined with characters that you actually care about then Wonder Woman is head and shoulders above all of the other DCEU movies on the strength of that alone. 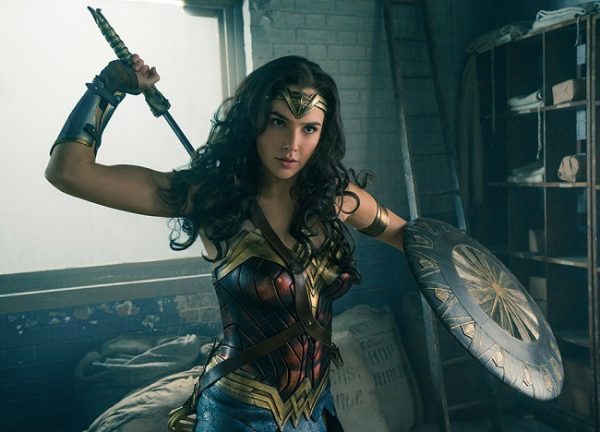 But it isn’t all good because Wonder Woman is also let down by the trappings of having to tell an origin story, and there are moments when the film feels like a box-ticking exercise in how to create a superhero origin, especially during the final act when – shock! – some characters turn out to be not quite who we thought they were and the dazzling special effects battle begins what is ultimately a fairly underwhelming final fight. And after doing such a sterling job with our band of heroes it is quite disappointing that the same treatment is not afforded to the villains, who are fairly one-note and straight out of the book of supervillain caricatures. Not the fault of the actors but when you have the excellent Danny Huston (30 Days of Night) playing an evil German officer then there is the potential to create a proper villain, a mad genius with grand plans for world domination during a time of great sorrow for the rest of the world, and instead his General Ludendorff is resorted to cracking open gas tablets that give him Hulk-like strength for no real reason and never really pays off in any way; in one scene he locks a group of people in a room with a deadly nerve gas and then decides to snort on his magic capsule before cackling and running off-camera like Jack Nicholson’s Joker. Why bother with the gas? He’s already killed when he was in his ‘normal’ state and once he has sniffed it the scene ends, and it is these odd decisions in the writing that crop up every now and then that let the film down. 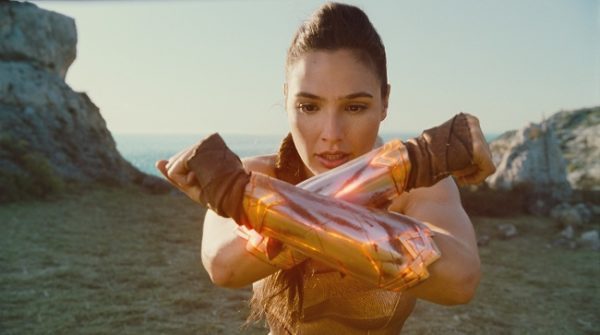 But overall, Wonder Woman is an incredibly enjoyable superhero movie that begins at a certain pace and never really lets up for the whole of its running time. Despite some of the footage set in Themyscira looking a little bit too green screen at times, especially the wide shots where several people are seen walking about that give an odd perspective between people and background, once we get to London the visuals are superb and for the most part it feels authentic despite the fact you know it isn’t. The disc is packed with extras, including some deleted scenes that add very little, a blooper reel and a featurette detailing how Wonder Woman fits in with Batman and Superman as a DC flagship character that are all fairly throwaway, but there are a few neat production featurettes that detail how director Patty Jenkins approached making what could have been a potential disaster given the negativity towards the DCEU’s previous movies, and also interesting effects details about the lighting, costumes and the chosen colour palette that may not sound like much but actually prove to be quite enlightening about the whole filming process. Whatever happens in the DCEU next is anyone’s guess but, hopefully, after a slightly misjudged start with their previous three movies Wonder Woman is where the whole franchise picks up momentum and takes the characters even further but – and this will never happen – if the whole thing came to a halt tomorrow and DC decided to put an end to their shared movie universe then at least we can say that, despite its flaws, we got a surprisingly deep superhero movie with character, heart and entertainment value – what else is there?