Ahead of its UK premiere this Wednesday at the London Film Festival, a new poster has arrived online for the upcoming action crime thriller Brawl in Cell Block 99 featuring Vince Vaughn; take a look below… 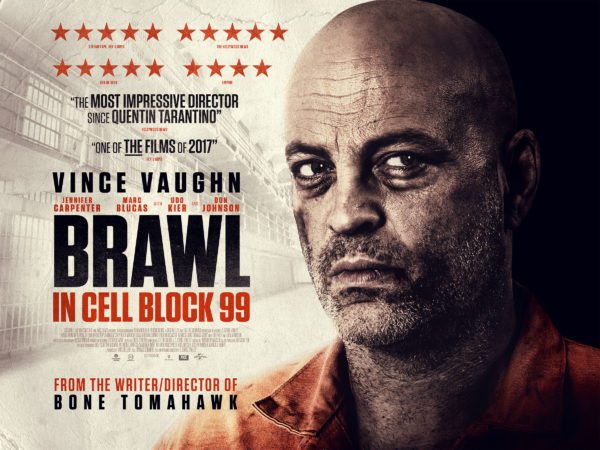 When former boxer (Vince Vaughn) loses his job and is faced with the breakdown of his marriage, he decides to take a job as a drug courier to turn his fortunes around and provide a comfortable life for his wife Lauren (Jennifer Carpenter). Just as his situation begins to improve, a savage gunfight lands Bradley in jail where he has to make a series of impossible, chilling decisions to protect those he holds dear. Backed into a corner, Bradley now finds himself forced to commit ever more ferocious acts of violence across a vicious prison battleground on the path to the most dangerous confinement of all – Cell Block 99.

Brawl in Cell Block 99 is set for release on October 20th in the UK.