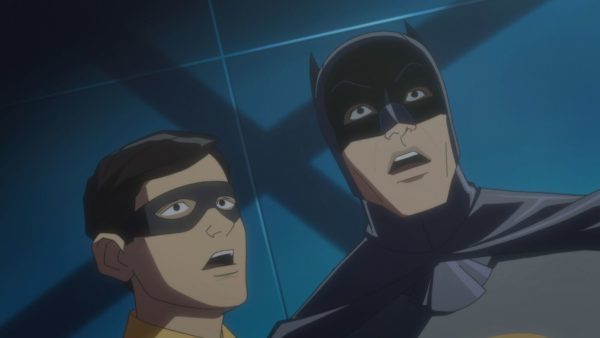 Tomorrow sees the UK release of Batman vs. Two-Face, which – following the sad passing of Adam West earlier this year – marks the final collaboration between West and Burt Ward’s Dynamic Duo. Ahead of the film’s release, Flickering Myth’s Shaun Munro got the chance to speak to Burt Ward, during which he reflected on his time working alongside Adam West on the classic TV series Batman.

“When we came on in 1966, we did something that no-one in history had ever done, which was we produced a program that was targeted on multiple levels,” said Ward. “For children, it was hero worship, the Batmobile, climbing walls, fighting crime, but for the adults, it was the nostalgia of the comic book, and for an audience that no network could get at that time, which was the teenagers and the college kids, whose attitude was ‘Why should I watch television? Let me go out and have fun.’Well, we brought fun to them with the double meaning, the very suggestive dialogue, the inferences that would raise eyebrows. We used to say we put on our tights to put on the world, that we were the only superheroes that wore our underwear on the outside of our clothes.”

“Adam and I met 15 minutes before our screen test back in July of 1965,” Ward continues. “Within five minutes, the two of us were laughing, and we never stopped laughing. I worked with Adam not just on these films, but on the weekends I’d go out, every single weekend, these giant comic-cons. Just six months ago the two of us were in Dallas with an 80,000 paid attendance to come see us. 80,000 people! And a few months before that was Toronto, 160,000 paid attendance. So I would be working working with Adam all the time, we were great friends. I loved this man. We always had such a good time that even during the series, and incredibly long hours as there were, on weekends we would find time every so often to go out and play tennis, and people would be coming to these public tennis courts and they’d look at us and all of a sudden someone would say, ‘Oh my God! That’s Batman and Robin playing tennis!’ 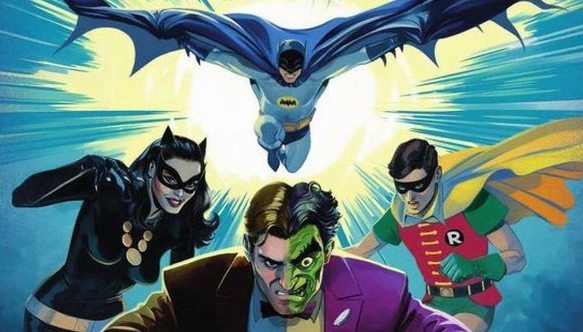 Be sure to check back tomorrow for our full interview with Burt Ward.

Batman vs. Two-Face is set for release on DVD and Blu-ray in the UK on October 30th.