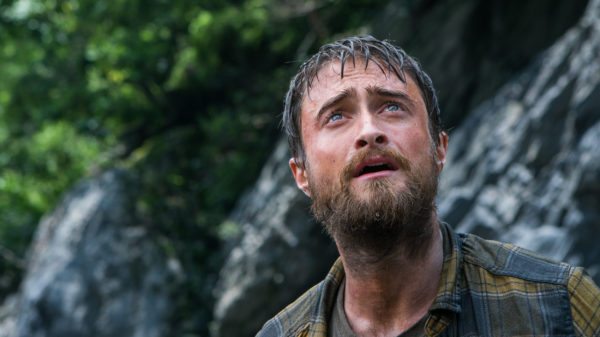 So, how did you first get involved with Jungle?

The script was sent to me from a producer in Australia; he’d worked with me before and said I might be interested in the story. So, I read the script – I was kind of dubious that it was all real, but then I read the book and realised it was a true story. I thought, “wow, this is pretty amazing” so I called him back and said “whatever I’ve got to do to get on this movie, I’d love to direct it”. So, it kind of went from there.

As you were saying there it’s based on a true story – how do you maintain a level of accuracy while also making a movie out of it as well?

The true story really does lend itself to a movie; we didn’t have to do a lot to make it into an action adventure thriller. It already had those elements in it. When the story really happened to Yoti, he spoke about how he went down and wrote the story, he wrote the book, and it was almost like a confession. I think he was trying to keep together what really happened there with his friendship group. The book has this very immediate character arc, which translated really well to a screenplay. So, when I came onto the project, we already had a script but what I try to do was bring it back to the book, to be as accurate to the true story. The book is very simple, very thought out – a very compelling and emotional read. That was why I wanted to tell it as true as possible.

I understand you work closely with Yoti across the course of production; how do you find that shaped the movie?

Well it certainly allowed me and the actors, and particularly Daniel, to ask him questions about what people’s motivations really were, how certain moments really happened, what he was thinking. I had Daniel talk to him, and you know go through the screenplay, go through the book, and to try and be as true as possible to what happened the entire time and what he was thinking. He was just a great resource for all of us when trying to be faithful to his story. It’s difficult telling a true story because you’ve got to find [a movie within it]. Some people don’t. I wanted to stay as true as I could to what really happened, to what these relationships were like and what these people were like.  So that was kind of useful, having Yoti around, being an advisor about his own story.

Do you know what he thought of movie in the end?

I think he felt that we did a pretty good job; I think he felt like we did a pretty good job; I think it was something that was very hard to convey in terms of the scale. There’s one moment that happened in real life where the entire area of the Amazon jungle that he was in the area was swept away in this once in a generation storm – we didn’t quite have the budget to realise that on the scale he would have liked it, but it’s hard to capture that sort of thing. But overall, he felt that we captured the essence of the characters and their relationships pretty well, and I think he’s pretty proud of us.

As you were saying that about the realities of the Jungle, I was wondering about how you approached those challenges from a practical standpoint?

I mean it was a bit of a challenging shoot just because it was outdoors – you can call yourself a director, but you’re at the mercy of the elements just trying to get anything done. It’s a different type of planning because you have to be quite flexible, but we storyboarded all of it, I planned it all out and then we sent the Scout Team out to look at the locations and work out how we could frame it and how best to approach the sequences. Some of the scenes were quite difficult, like a water rafting scene; it was a sequence where someone was swept down a river, and we had to work out how to do that. So, you really have to have the planning – but even in the planning it’ll be such a normal day compared to what’s actually going on! 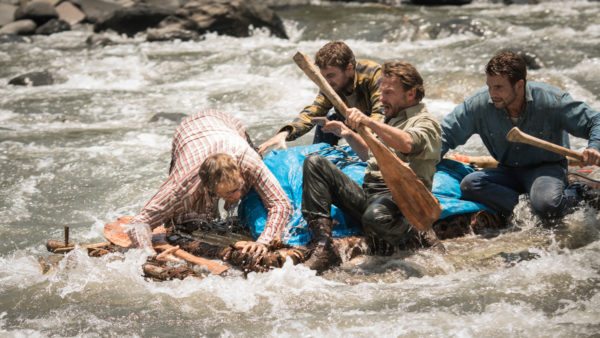 With of your previous movies, you wrote the script as well as directing them –

– but that’s not the case here, so I was wondering how it impacted your approach as a director to work with someone else’s material?

I really love working with [other people’s scripts]. [When I was just starting out] I had to write myself, because you know, [I wasn’t being sent scripts]. [It was necessary] for me to write [but] writing is actually hard! So, I prefer things this way.

Fair enough!  Now, the movie is sort of just shy of two hours and I was wondering, because that’s not the longest space of time, how do you try and develop, strong, memorable characters in that timeframe?

That was really the whole point of the opening of the movie, because there’s so much preamble before they get into the jungle, before the story really kicks in, so we try to service the relationships between the characters more. Ultimately it was [important to include] those things, so we would be able to get the shorthand of who the characters are, what took place, and then it would all be very soon to get into the jungle. So yeah, I remember when [the film came out, people asked] ‘How much time have you spent out of the jungle’, but without that it wouldn’t have as much impact when you see the action.

On a slightly different note, who would you say your influence is as a filmmaker?

Now, you also went to the National Institute of Dramatic Arts, where you got your start in directing. I was wondering how that more formal training influences the way you work?

Well that was really theatre training. So, I was learning production skills, and at that time I was looking into film, and I was seeing a lot of films in Australia where they were very technically great but the performances weren’t great. That lead me to study acting for a while, but then I went into theatre directing. So, I think out of came my approach to working with actors, which is realising that casting is so crucial, and once you get really good people to create the best space, create the best work possible, and that’s really, that’s a very simple version of version of what I came out of that school with. 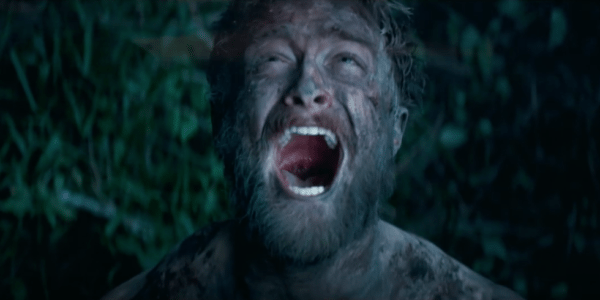 In that vein, then – what was the casting process like for Jungle?

It was good! We some discussions with people, one of the producers here suggested Daniel, and Daniel was great. We had performances, we had sounds, I checked out a few of his recent movies. And then, we’re like “Wow, okay!” –  we jumped on a Skype call [with Daniel], and we hit it off and we talked about the character in the movie. I think it was the challenge of playing the part and trying to do it in as authentic a way as possible [that attracted him to the role].

Finally, then – what would you say is the most important thing you’d like audiences to take away from your work, both in Jungle and more generally?

You know, you actually have to use your imagination [with] this type of horror, you know, [it’s about] human beings who do everything to [survive] using their information. So ultimately it’s about kind of like how if you use your imagination, you really thrive in this world.

Greg McLean, thank you very much!

Jungle is out now in cinemas and on demand