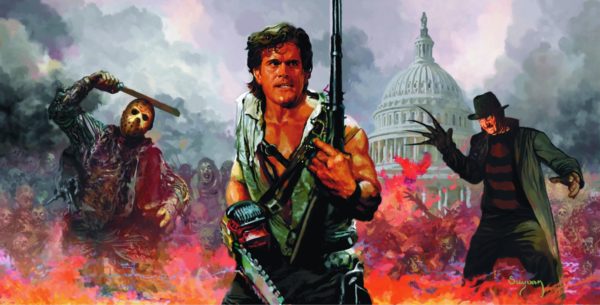 Following the release of the long-awaited slasher crossover Freddy vs. Jason in 2003, fans were left salivating over the possibility of potential sequels adding ever more horror icons into the mix.

Sadly, this never materialised, but Bloody Disgusting has got its hands on an internal memo from 2003 which shows that while New Line did consider the likes of Michael Myers, Pinhead, Leprechaun and Chucky, executives felt that they “flat out [don’t] fit in the Freddy and Jason worlds”.

However, there was one character who New Line did feel would fit perfectly into the world: Evil Dead hero Ashley J. Williams. And that’s not all, as the plan for Freddy vs. Jason vs. Ash would have seen Bruce Campbell’s Ash bringing an end to Freddy Krueger’s reign of terror for good.

“Per our conversations with him [Englund] in the past, he agrees that the fans will embrace and accept the idea of Ash killing off our burned villain for good, as opposed to their reaction should a 16-year-old virgin girl do the job (again),” reads the memo. 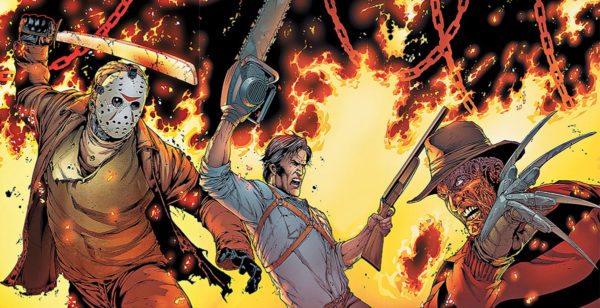 The memo goes on to reveal that should Freddy vs. Jason vs. Ash have proved successful, it could have led into a fourth Evil Dead movie from Campbell and Sam Raimi, as well as another Friday the 13th movie and a “Henry: Portrait of a Serial Killer-style” prequel to A Nightmare on Elm Street.

The full memo is definitely worth a ready, so be sure to head on over to Bloody Disgusting to check it out, and let us know what you make of these original plans in the comments below…