Kabam has announced that the fearsome Decepticon Galvatron has become the latest addition to the roster of the hit mobile game Transformers: Forged to Fight.

Mortally wounded in the attack on Autobot City, Megatron was discovered by Unicron adrift in the vacuum of space. The Decepticon leader accepted the Chaos Bringer’s bargain and was reborn as Galvatron. Driven mad by dark energy, Galvatron is unpredictable and dangerous to all in his path, friend or foe alike.

Signature Ability – Will of Unicron
While the enemy is at low Health, Galvatron has a chance to channel dark energy from Unicron himself.
When Fully Charged
● Galvatron has 0.5% chance for each percentage of the opponent’s missing Health to become Unstoppable and gain 10~30% Power over 6 seconds. 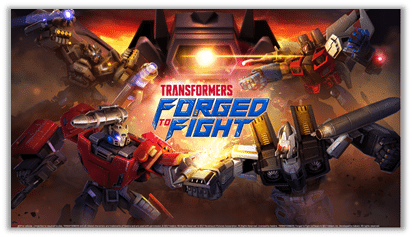 In TRANSFORMERS: Forged to Fight, Transformers fans and gamers everywhere can build a team of Transformers characters and battle with the most iconic Autobots and Decepticons from nearly every era of the storied franchise’s 30-plus year history , including fan-favorite bots from previous and current animated Transformers TV series, Paramount’s blockbuster films, Transformers comic books and Hasbro’s line of iconic action figures. Players explore an epic new universe where multiple realities collide to form a massive planetary battlefield while assembling a team of Autobots and Decepticons from across time and space to fight against a world of corrupted Transformers robots and their villainous overlords. The game features amazing visuals, intense one-on-one battles, meaningful robot to vehicle converting action and deep RPG elements.