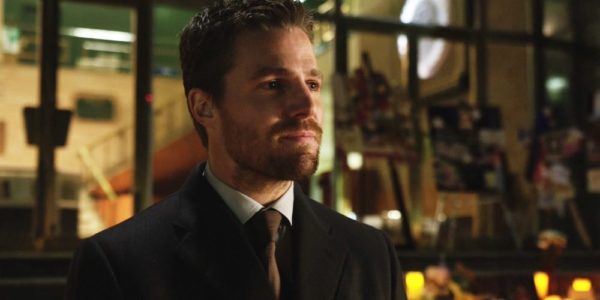 A clip of the second episode of Arrow season 6 made its way online showing Oliver Queen (Stephen Amell) taking part in a press conference. The question comes up, once again: Is Oliver Queen the infamous Green Arrow? Nonsense. After all, that photo could have been doctored to be anyone, says Queen. Even Bruce Wayne. Interesting…

For a show that has always felt more than a bit Batman-esque — starring a character who has always been a bit Bruce Wayne-ish — outright implying that Batman is out there somewhere in the Arrowverse is a bit shocking. The show has dipped into the Caped Crusader’s rogues gallery a few times, but has always kept clear of Bats himself. So the obvious: will Batman make an appearance in the Arrowverse? Which Batman? Well, certainly not Gotham’s proto-Batman, as Gotham’s official Twitter has just shot down that possibility:

Arrow season 6, episode 2 will be premiering later tonight, 9pm EST on the CW. To catch you up, here is our review of the season premiere episode. 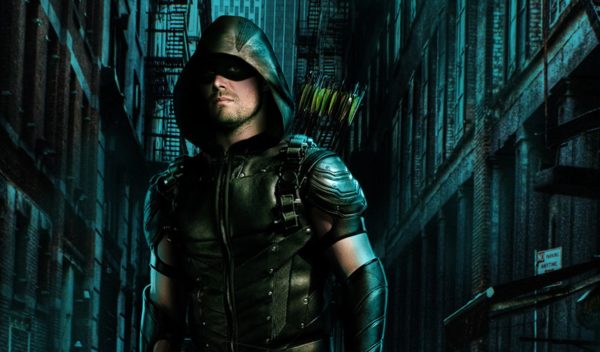 Arrow season airs on Thursday nights on The CW.