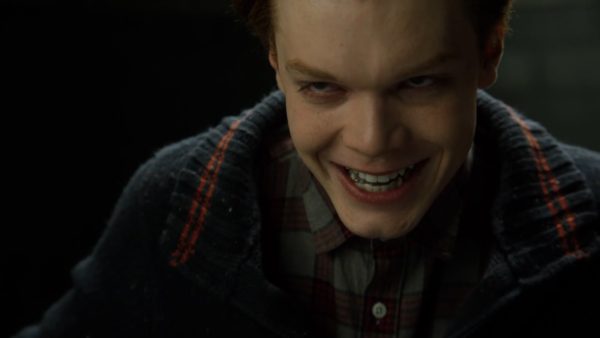 Ever since his introduction in Gotham, it’s seemed as though the Batman prequel series was positioning Cameron Monaghan’s Jerome Valeska to fully transition into the iconic villain The Joker. However, it seems that isn’t the case at all, as Gotham’s co-executive producer Bryan Wynbrandt has revealed to ComicBook that he’s simply a tribute to The Joker, rather than The Clown Prince of Crime himself.

“Obviously Jerome is our homage,” said Wynbrandt. “He’s obviously not the Joker himself, although we clearly seems to be the impetus that eventually creates the Joker. The more that we see him, the more he carves out his own path I’d say. I wouldn’t say he becomes more the Joker, but the Jerome character continues to evolve.”

“When it comes to Joker, he’s so iconic to that Batman character that it feels like we don’t want to get to Joker ever,” he continued. “Jerome feels like he is that origin of that. I think we all tried to honor that as we moved forward with this character while we know in the hearts of our fans, he represents. The Joker, In our hearts, he is his own character. We really tried to think about that and stay true to that. Obviously Cameron, he’s just embodied the character in such an incredible way. I think that’s what makes him so exciting is that he’s not the Joker. He is Jerome.”