Ahead of its limited US release next month, a poster and trailer have debuted for writer-director Louis C.K.’s upcoming comedy drama I Love You, Daddy which sees him starring alongside Chloe Grace Moretz, Rose Byrne, Charlie Day, Edie Falco, Pamela Adlon, Helen Hunt, and John Malkovich; take a look below… 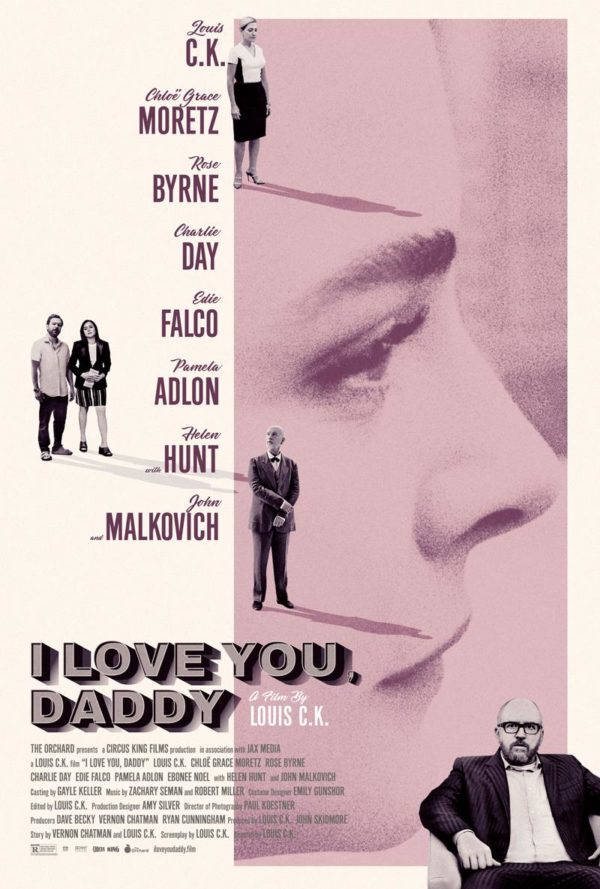 Louis C.K.’s I LOVE YOU, DADDY is a bittersweet comedy about successful TV writer/producer Glen Topher (C.K.), who panics when his spoiled 17-year-old daughter China (Chloë Grace Moretz) starts spending time with 68-year-old Leslie Goodwin (John Malkovich), a legendary film director with a reputation for dating underage girls.
Conceived in the high style of 1940s Hollywood movies, with lustrous black and white 35mm photography and a soaring orchestral score, I LOVE YOU, DADDY blends a classic look with Louis C.K.’s raucous modern comic sensibility to tell the story of a flawed man’s struggle to connect with his daughter and get back on his feet as an artist.

I Love You, Daddy is set for a limited US release on November 17th, followed by a nationwide release on December 1st.