A young blade runner’s discovery of a long-buried secret leads him to track down former blade runner Rick Deckard, who’s been missing for thirty years. 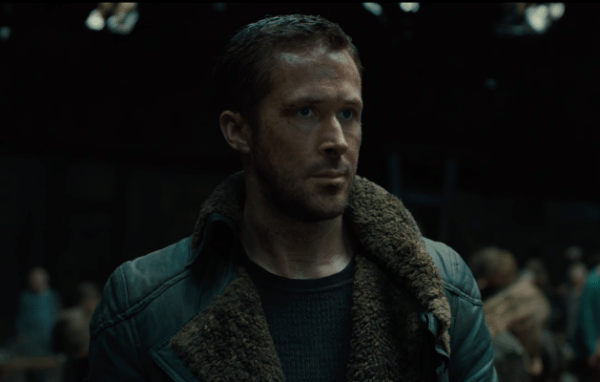 I’ve seen things you people wouldn’t believe. For real, Denis Villeneuve’s (Arrival, Enemy, Prisoners) follow-up to Ridley Scott’s 1982 cyberpunk sci-fi masterpiece Blade Runner, a 30-years into the future sequel titled Blade Runner 2049, is a near 3-hour artfully constructed, serpentine, and mind-bending epic that needs to be seen to be believed. As with most franchises that offer up new installments years, even generations later, bigger seems to be the credence here, but this coon’s age later subsequent entry (written by Hampton Fancher and Michael Green, with the former having also worked on the original) has the right idea of expanding the world alongside delivering a narrative much more weightier to the dystopian world.

Noirish detective assignments return, this time with Officer K (played by Ryan Gosling) unraveling a mystery bearing consequences on the coming days for both humans and Replicants should a certain peacekeeping revelation become public knowledge, his own identity,  his relationship with Joi (his very supporting and confidence boosting girlfriend played by underrated actress Ana de Armas), Deckard’s past and present, and societal balance. Again, it’s a very labyrinthine experience, and one that Ryan Gosling is able to invest us in from the start; he’s brooding, quivers when he amasses disorienting knowledge, and runs a range of emotions, sometimes remaining distant and cold. He oozes noir case-cracker, hands stuffed inside his black trenchcoat and face partially hidden. It’s a career-defining performance in the same vein of Harrison Ford as Deckard eons ago, which is not a statement to take lightly considering he was nominated for an Oscar last year. Speaking of Deckard, all I will say is that Harrison Ford has another winning performance reprising his second iconic role within two years, and still knows how to throw a punch. Taking cues from Ridley Scott’s execution of the legendary first film (loosely adapted from the Phillip K. Dick novel, Do Androids Dream of Electric Sheep), Los Angeles is once again as vibrantly alive as any of the multi-layered characters found in the film (holographic Coca-Cola product placement still noticeably glistens off of skyscraper-sized towering corporation buildings, along with some… sexual adverts), staged from equally high aerial perspectives that capture the futuristic city illuminated by neon lights and three-dimensional billboards/street signs etc. However, life down below is constituted of overcrowded and often cruel citizens, making for another visually striking juxtaposition between upper and lower classes. The story also takes a detour from the West Coast of America into some familiar territories that allow the film to utilize vastly different landscapes ranging from blistering hot deserts to subzero temperatures coupled with heavy snowfall.

On that note, to say that Blade Runner 2049 is mesmerizing aesthetically would be a gross injustice to how pristine and photogenic each and every one of the shot compositions from legendary cinematographer Roger Deakins is; scenery radiates off of the picture as characters methodically wander through elaborate indoor and outdoor environments. There is a legitimate sensation that you could freeze-frame every image of the movie and come away with one worthy of a wallpaper, whether it is an overhead shot of ships flying over the oppressed metropolis, Officer K maneuvering between two provocative statues surrounded by dust and hazy vision, a new establishment for the creation of Replicants slathered in yellow hues (a trademark of Denis Villeneuve), flirtatious giant-sized holograms interacting with characters, symbolic close-ups of bees fully caked over someone’s hand, and more. Keep in mind, that’s nothing compared to one scene of intimacy that will go down in cinematic history as one of the most awkward yet transfixing expressions of love ever. There is absolutely another Best Cinematography Oscar nomination coming the way of the revered photographer, and one would have to assume that he will finally get his just due victory. As to be expected, the action set-pieces contain far more scale and benefit from the aforementioned cinematography, especially a pulse-pounding sequence that sees missiles shooting down on a junkyard blowing off limbs, in turn, catching pounds of dirt flying around in the process. There is also an unforgettable battle that makes creative use of rising water levels. The joint musical score by Hans Zimmer and Benjamin Wallfisch combine booming sounds and synthesizers making for something modern that honors and follows the style of the original, amplifying the intensity of the above. The filmmakers also have the wisdom to occasionally let silence set the mood. Blade Runner 2049 was screened for Chicago critics in Dolby cinema, highlighting the crazy amount of detail in each shot, but even without the best quality image clarity, the film is bound to look damn good. Shell out the extra money to see this on the biggest and loudest screen in your vicinity.

The story is really what drives Blade Runner 2049 though, and while it would be an extreme disservice to the viewer to explain even the set-up, moviegoers should be at ease knowing that Villeneuve is further exploring the themes present in the original film. Memories definitely play a larger part in the narrative this time around, naturally weaving into that complex line between humanity and artificial intelligence. Also, for those intimidated by the 163 minute running time, every scene is deliberately paced and calculated, frequently with dialogue that lingers in the mind (fans of Rutger Hauer’s Roy from the first film will take a liking to the philosophical musings by Jared Leto’s tech-guru Replicant manufacturer Niander Wallace, who actually temporarily blinded himself with contact lenses to depict that flaw more convincingly). More importantly, the film continuously raises the stakes (the script tends to give out enough information to instill belief in the viewer that they have everything figured out, but not before swiftly revealing something that changes the course entirely) until culminating with an emotionally exhausting third act. No previous Blade Runner knowledge is required, but some story beats will hit harder for those that have seen it.

Blade Runner 2049 is a new story told with passion and love for the original (Denis Villeneuve has gone on record discussing his personal connection to the original groundbreaking work of art), which is what all of these sci-fi sequels lack (Robocop, Total Recall, the last 3 or 4 Terminator flicks). Even characters that have surprisingly little screen time have lines or moments that reverberate throughout the rest of the mystery; it is crafted with unparalleled care. Forget the possibility of disgracing Ridley Scott’s original, Blade Runner 2049 surpasses it by expanding the universe and tantalizing themes just as much as it pumps more money into the budget. It’s an arresting blend of artistic and blockbuster sensibilities that will stand the test of time right beside its trailblazing predecessor.