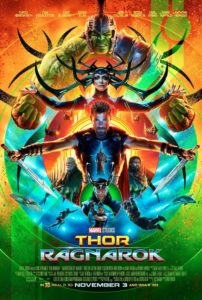 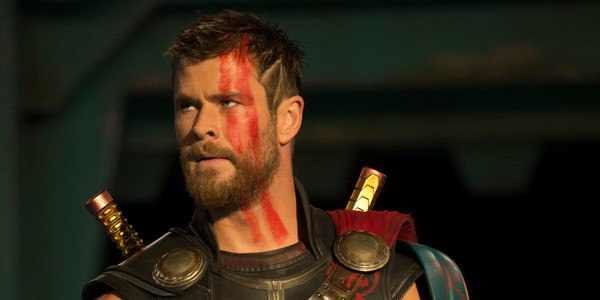 Did you like hearing Led Zeppelin’s The Immigrant Song in the trailer for Thor: Ragnarok? What a stupid question, of course you did; that jam can make literally anything exponentially more badass. Taika Waititi seems to agree, or it’s simply his favorite song in existence or something, because there are not one, but TWO bombastic large-scale battle sequences blasting the song as the Lord of Thunder… shit, sorry Thor (he hates it when people get his title wrong), I mean as the GOD of Thunder lays waste to run-of-the-mill grunt villains. As expected, it’s smothered in CGI, seemingly far more excessive than usually seen in a superhero blockbuster, but overhead shots of Thor taking to the skies and pounding Mjolnir into the ground sending reverberating shockwaves throughout the environment or swatting away dozens of foes simultaneously like bugs make for an accomplished spectacle. Thor earns that moniker here, unlocking his true godlike powers.

Enriching the spectacle is a color palette exclusively made up of neon colors pouring through each and every frame. There’s a scene where Thor falls into a junkyard, and even that location contains all sorts of brightly colored garbage; I can’t think of a single image in the movie that isn’t picturesque or worthy of making someone’s desktop background. Sure, certain characters are allotted more special effects detail than others, but regardless, everything looks exceptional. The aforementioned retro neon vibe is also aided by an original score (yes, there are pieces of music that aren’t The Immigrant Song in the movie) from Mark Mothersbaugh full of thumping techno tunes. If it weren’t for the astonishing quality of Dolby Cinema along with the dedicated CGI it’s not out of place to assume Thor: Ragnarok is some lost but found 80s VHS movie. 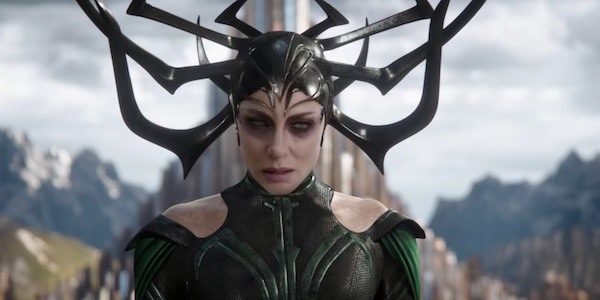 It’s not just Thor that stands out in all the destruction (although he does get his best action sequences to date), as Mark Ruffalo’s Hulk is also stumbled across during a race against time to reach Thor’s home of Asgard before his nightmarish prophecy from Avengers: Age of Ultron is fulfilled. Together, they make use of the help (and obviously multiple betrayals) from brother Loki along with some new allies along the way; namely a mysterious alcoholic warrior named Valkyrie (Tessa Thompson) who appears to be running from a dark past. The team faces various foes ranging from Jeff Goldblum’s eccentric Grandmaster (a ruler over a land of unwanted beasts and mythological creatures he forces into gladiatorial one-on-one fights) and Cate Blanchett’s Hela, AKA the standard Marvel Cinematic Universe villain with generic motivations to annihilate and take over the world/galaxy. However, it’s much more manageable and acceptable here thanks to Blanchett’s cold and authoritative performance; she’s an icy dictator with the voice to match and devastating powers to boot. Making matters more difficult, she’s also incredibly resilient and essentially never suffers damage.

Although there is tons of action, Thor: Ragnarok is up there with Guardians of the Galaxy (both volumes) as one of the funniest entries in the MCU yet, rarely ever taking itself seriously. One would expect nothing less from director Taika Waititi (What We Do in the Shadows, Hunt for the Wilderpeople), but his knack for shooting improvisational dialogue and generally knowing what works and what doesn’t from a comedic perspective fully fits with a universe full of characters delivering quips. There’s a short scene establishing a friendship between Thor and Doctor Strange that is full of laughs, while the bonding with Bruce Banner/Hulk is one of the only dramatic arcs of the feature.

Admittedly, the material centered on Bruce Banner/Hulk is engaging (he’s slowly accepting who/what he is, learning to control his indestructible green-monster form, and suffers), but it’s difficult to invest emotionally into anything else the script has to offer. A few more bits of drama deal with Anthony Hopkins’ Odin, but we are so far into the MCU as a whole now it’s hard to muster up a care for some things, especially when the details are a bit foggy which is unfortunately due to the previous two Thor films being some of the worst entries. It’s also jarring to see the vision from Avengers: Age of Ultron presented and handled as an urgent, delicate matter, but here it’s all irreverent fun flying through wormholes dubbed The Devil’s Anus.

Part of this is once again due to the common misstep of cramming so many characters into one movie that so few of them actually feel fully fleshed out enough. Also, I’m a believer that everyone deserves a second chance, but Loki was responsible for massive destruction on Earth; there are just some things that can’t be forgiven and that are too unbelievable, even for a lighthearted superhero movie. It would be an understatement to say I didn’t care whether Asgard was destroyed or not, that’s how little involving the actual narrative is. 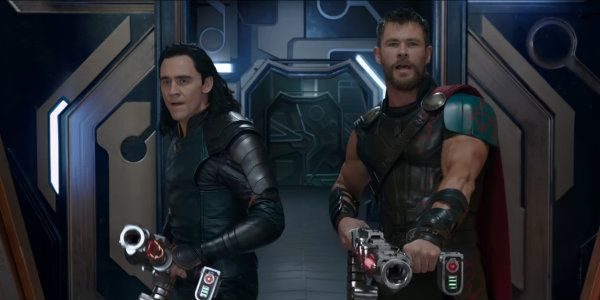 At the same time, I am fully aware that Thor: Ragnarok is a Taika Waititi film through and through, and that’s far from a negative. He excels at ridiculous comedic sequences such as a play being put on back home on Asgard filled with random cameos that are both brilliant and hilarious. Taika Waititi is here to have fun and deliver hysterical laughter, so if you can’t sit back and be entertained by Thor: Ragnarok (especially those epic beginning and ending battles), well, it sucks to be you. Similar to how Guardians of the Galaxy is James Gunn’s baby, Taika Waititi should be given the keys to Asgard and wherever Thor’s adventures take him.