Those of you who have played Total War: Warhammer II know how much of a challenging game it can be, especially with getting used to the new races and the associated strengths and weaknesses.  However, thanks to the latest video in the ‘How to win series’ from Creative Assembly we are treated to lots of hints and tips on how to win using the ancient race of Lizardmen.  Watch this new video below… 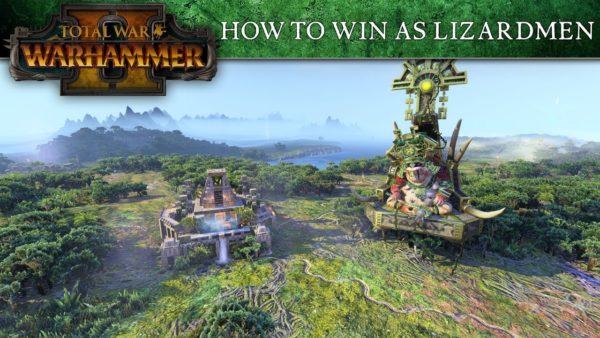 The Lizardmen are one of the most ancient races in the Warhammer World and their wide range of troops make them suitable for any plan of attack.  There are two ways to win, these are either through domination or by completing all the rituals for the Vortex.  For the Lizardmen, a ritual can only be started once enough Ancient Plaques have been discovered, once enough have been gathered then a ritual can be started.  However, the enemy will seek to prevent your ritual so be alert.

Another feature of the Lizardmen is the Geomantic Web which will become stronger depending on the level of the settlements connected to it.  The stronger this web is the stronger your commandments will be over the province.

Players will also be able to make use of Blessed Spawnings, these are spawnings of certain units but have slightly increased stats than their regular equivalent.  These spawnings do not cost anything to hire and can be useful in certain combat situations.  However, they do have an upkeep cost.

There are lots more perks and features to the Lizardmen, watch the video and find out more.