And so we come to the end of the first season of Philip K. Dick’s Electric Dreams.  Our latest tale, titled “Human Is”, comes from all the way back within the pages of Startling Stories magazine in 1955 and here in 2017, we find this latest translation written by Jessica Mecklenburg (Stranger Things) and directed by Francesca Gregorini (The Truth About Emanuel). 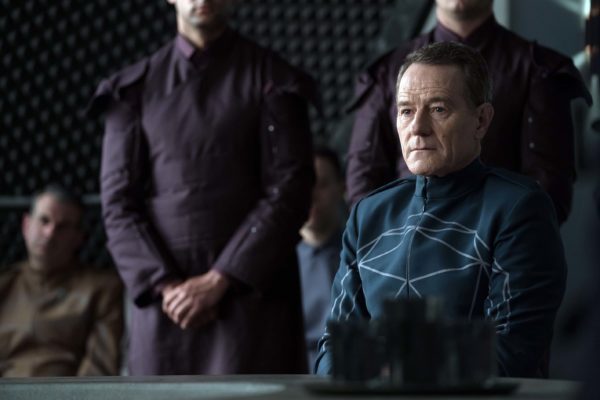 On Planet Terra – in the first quarter of the 26th Century – highly decorated officer Silas (Bryan Cranston) is receiving high praise for bravery in a recent mission from General Olin (Liam Cunningham); however due to the General’s speech in which he brought Silas’s wife – Vera (Essie Davis) – in on the praise, the following evening for the aforementioned spouse doesn’t go to well as later Silas makes sure she knows her place.  It becomes apparent this marriage is one of necessity and not of love, as the two spend numerous moments away from each other.

Terra is a dying world desperately in need of clean air, and to succeed in the production of this they need to pillage the planet Rexor IV of Hydron. However this isn’t easy as the inhabitants are not only intelligent, but brutal against those that seek to destroy their home world.   Silas leaves Terra on a convert mission to secure the needed Hydron, though shortly after they arrive on Rexor IV they come under heavy attack and all hands appear to be lost.

Days later the ship returns with two members of the crew on board, one of them being Silas.  Rapidly Vera begins to notice dramatic changes in his attitude towards her – these being affection and love. 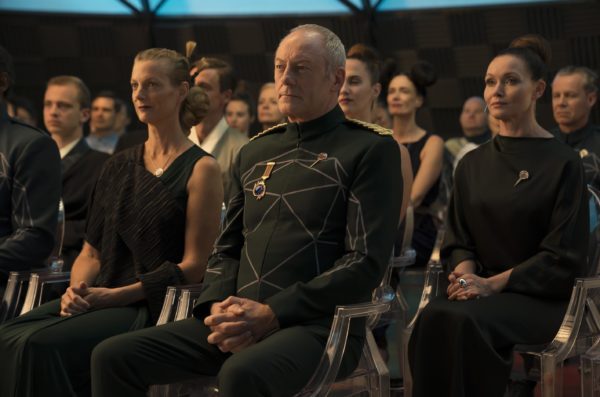 Philip K. Dick’s Electric Dreams have been a mixed bag, bordering mostly on the positive.  The stories’ re-imagination for the 21st Century have certainly been handled well, with standout episodes along the way including The Impossible Planet and Real Life.  Though there have been occasionally minor fumbles along the way and unfortunately Human Is just happens to be one of them.

You’d think with a cast including Bryan Cranston, Essie Davis and Liam Cunningham we would have been on to a sure-fire winner, but the over-egged retelling of Human Is by Jessica Mecklenburg has unfortunately dulled the story somewhat; not only dulled mind you – I’d go far as to say dumbed.

The original Philip K. Dick tale (truth be told) could have been set today in ANY TOWN, it just so happens to be set on a different planet in the future and so we claim it for Sci-Fi.  It doesn’t have a war and the dying planet is Rexor IV where subtle Body Shifting Refugees have taken over the life Lester/Silas, who is despised by his wife Jill/Vera.  This story is smoother, simpler and doesn’t require an additional battle, mineral or messy plot points. 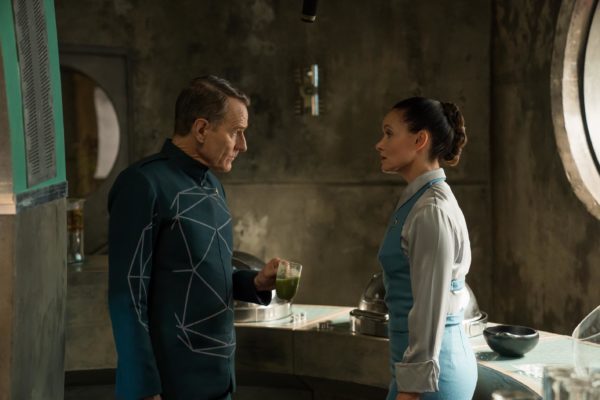 It’s the messy plot points that bring in the ‘dumbed’ slur.  Ignoring the whole war for clean air, I generally don’t like jabbing a finger in a person’s ribs, but here in a gigantic complex where camera’s monitor everything, they track two Rexion’s float into Silas’s ship but fail for hours (perhaps days) to do anything until the other Terran speaks Rexion in his sleep!?  Then we have Vera’s excursion to the brothel down in the bowels of Terra, her nightly frolics clearly aren’t observed even though she’s part of Terra’s council of officials.  It’s all a bit “stuck-on” and empty.

I can see no reason why Mr. Dick’s original story couldn’t have been used for this episode, it was set in the future, on two different planets, it showed humanity well and it would have used all three guest stars too.  Instead now we leave Electric Dream Season One on a bit of a damp squib.

Still we always have Season Two around the corner.