This coming Wednesday sees the release of Maze Runner: The Death Cure Official Graphic Novel Prelude, an all-new, authorized graphic novel bridging the gap between The Maze Runner hit feature films The Scorch Trials and the upcoming The Death Cure. Check out a preview here, courtesy of Boom! Studios… 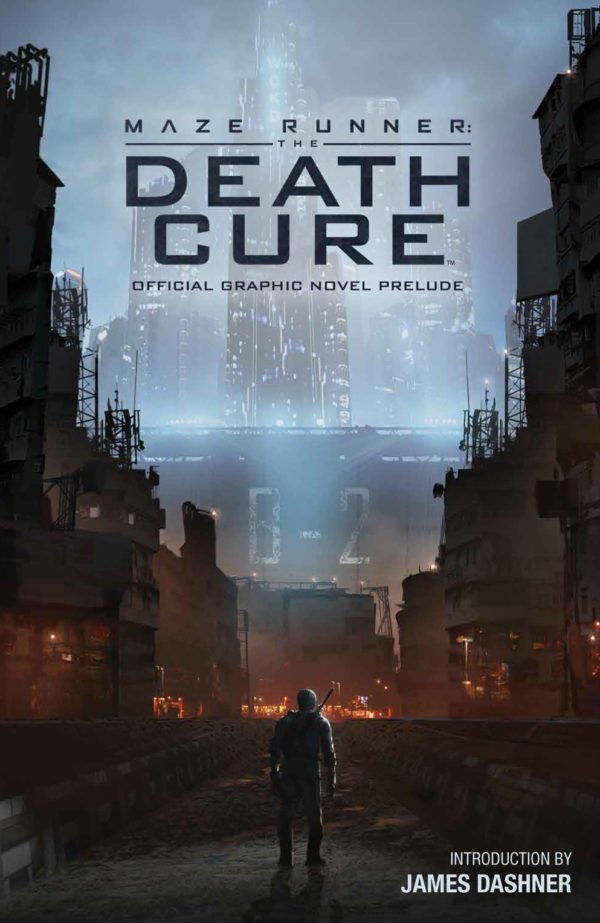 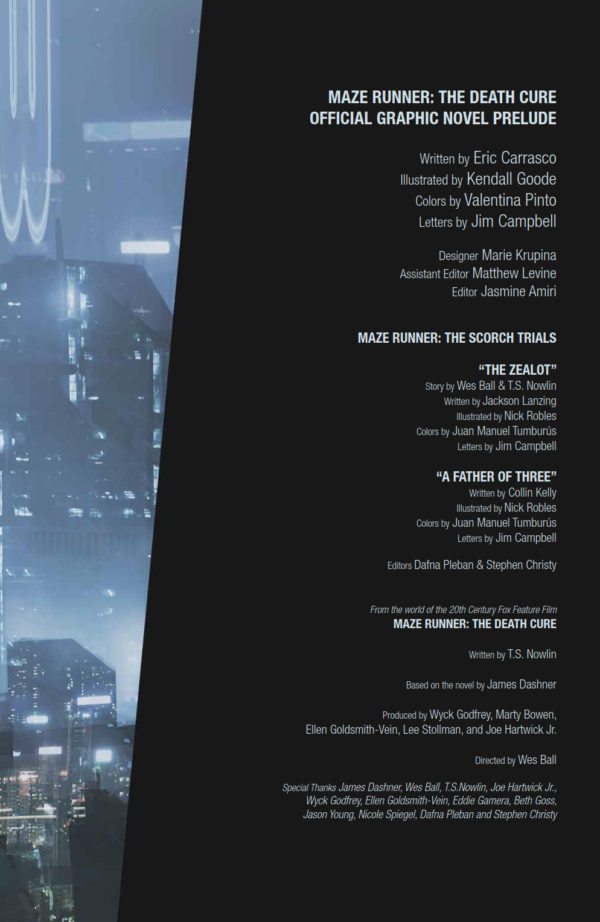 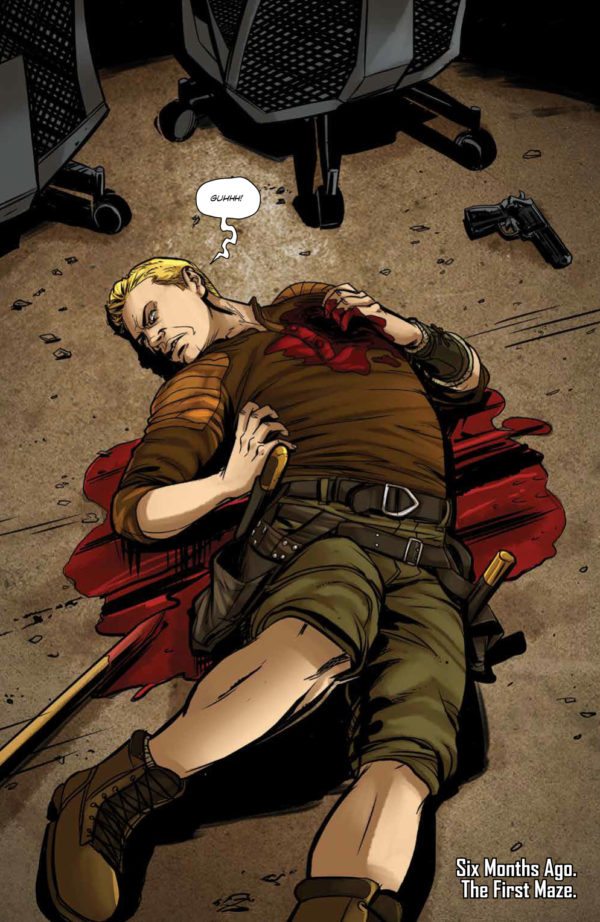 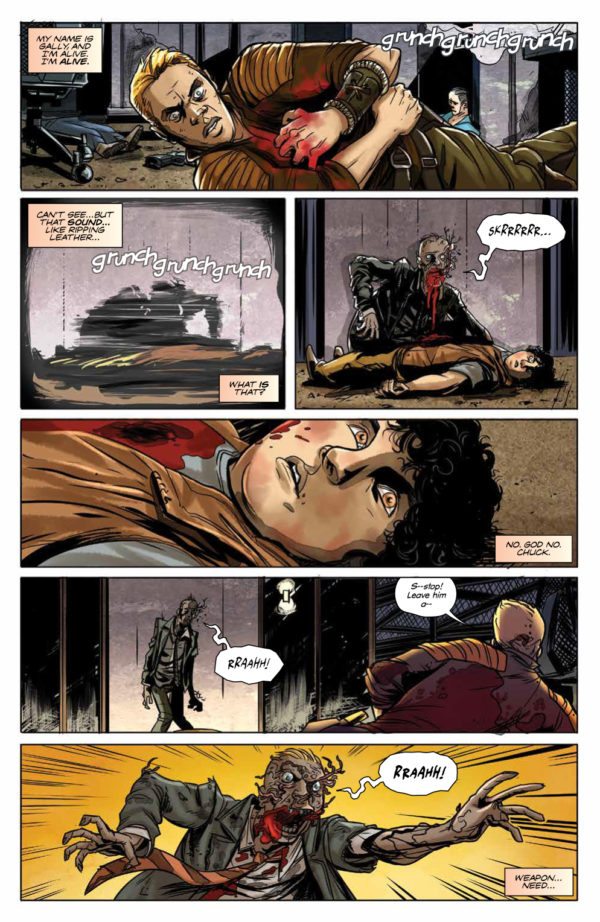 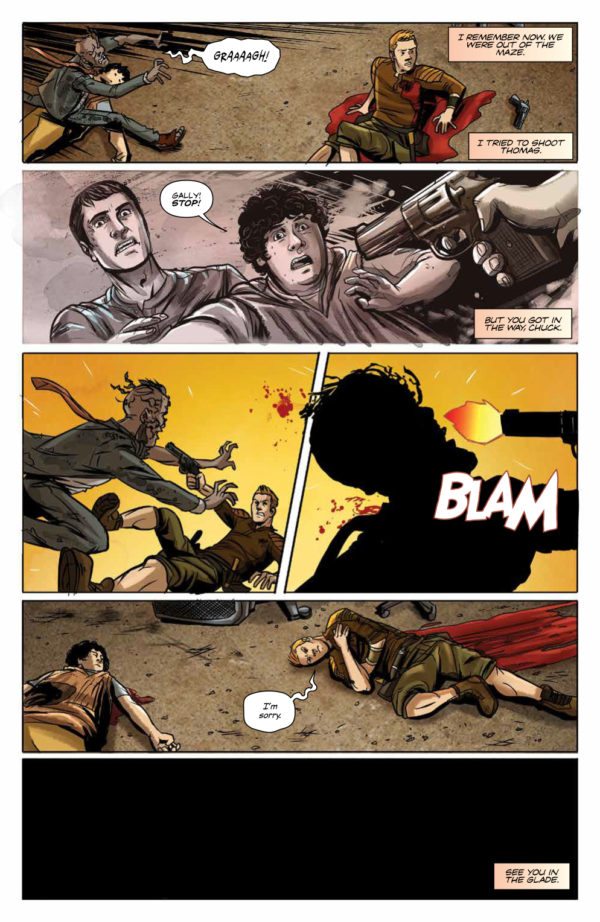 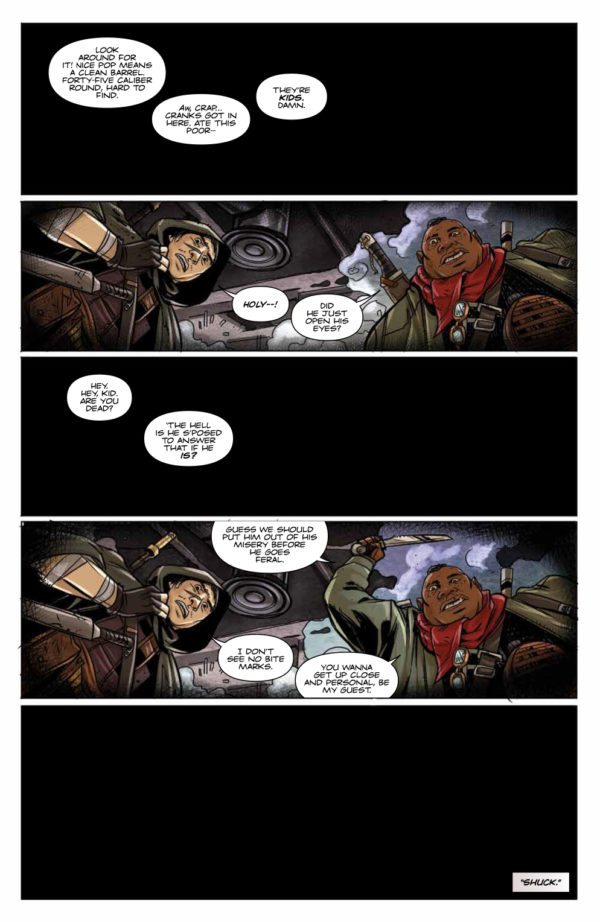 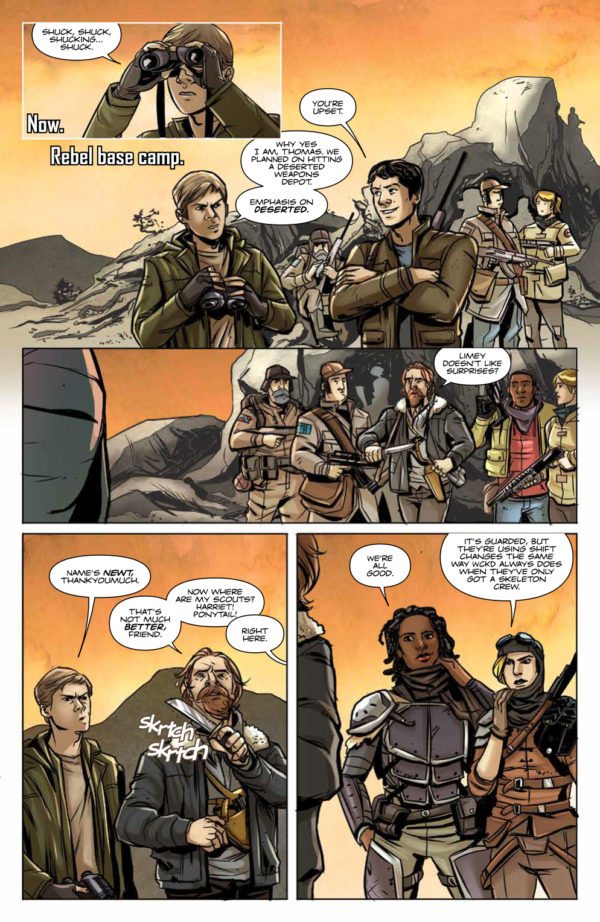 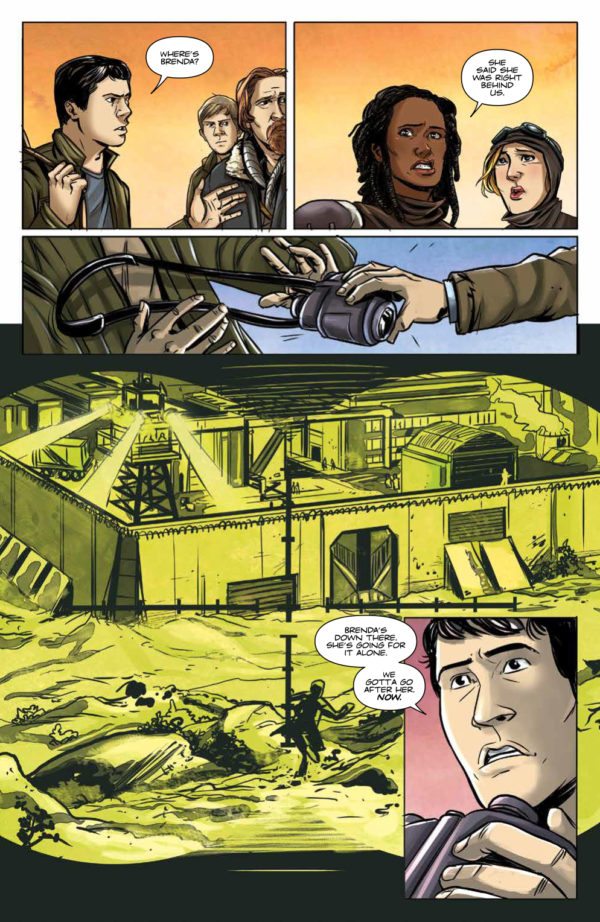 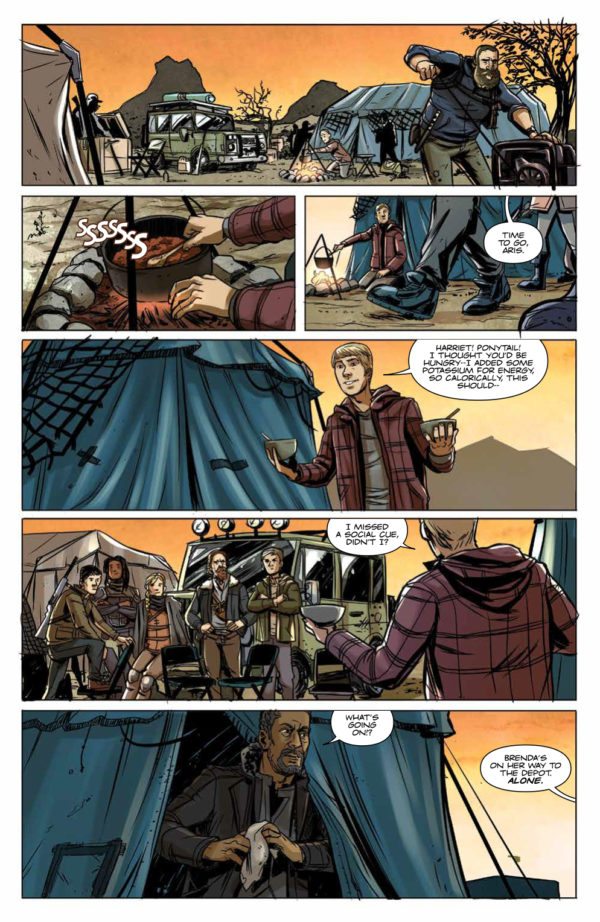 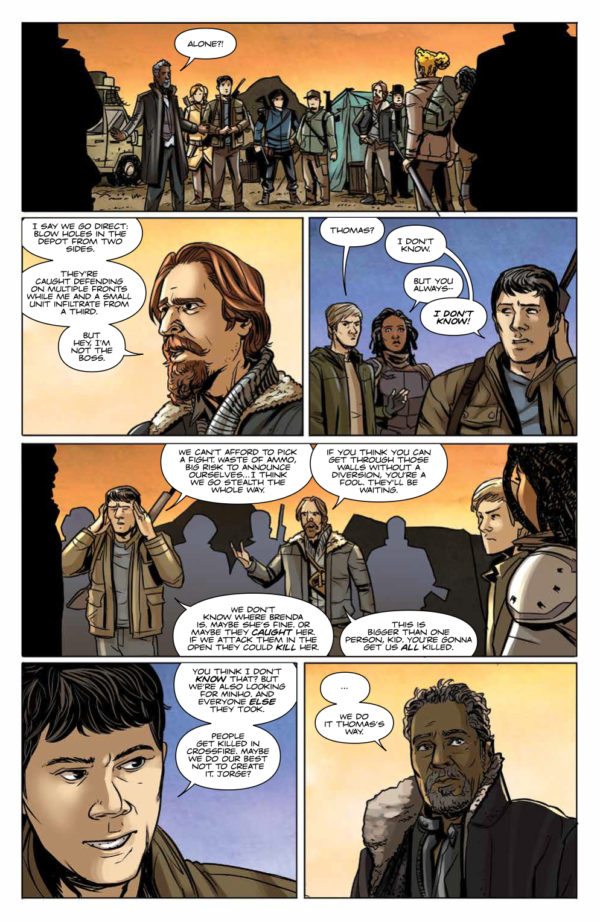 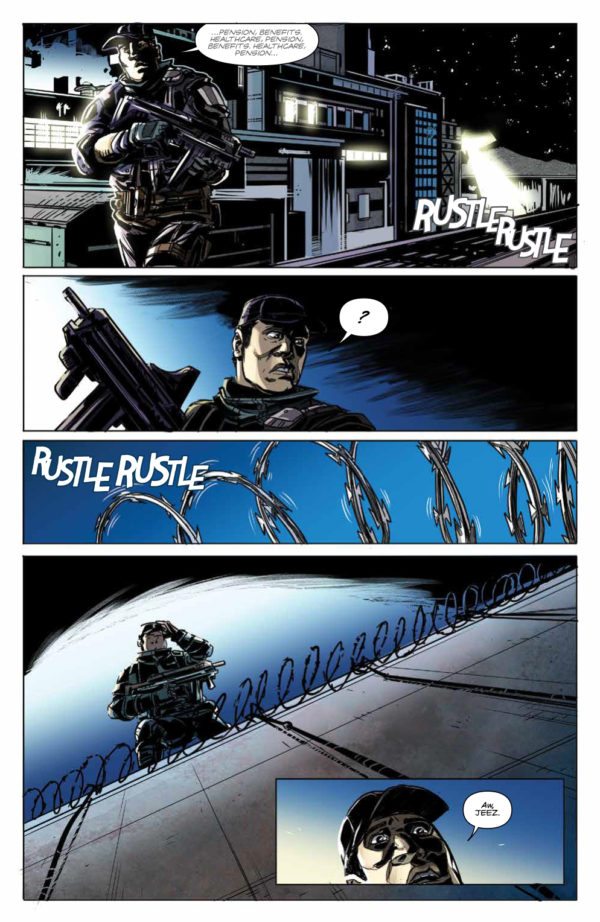 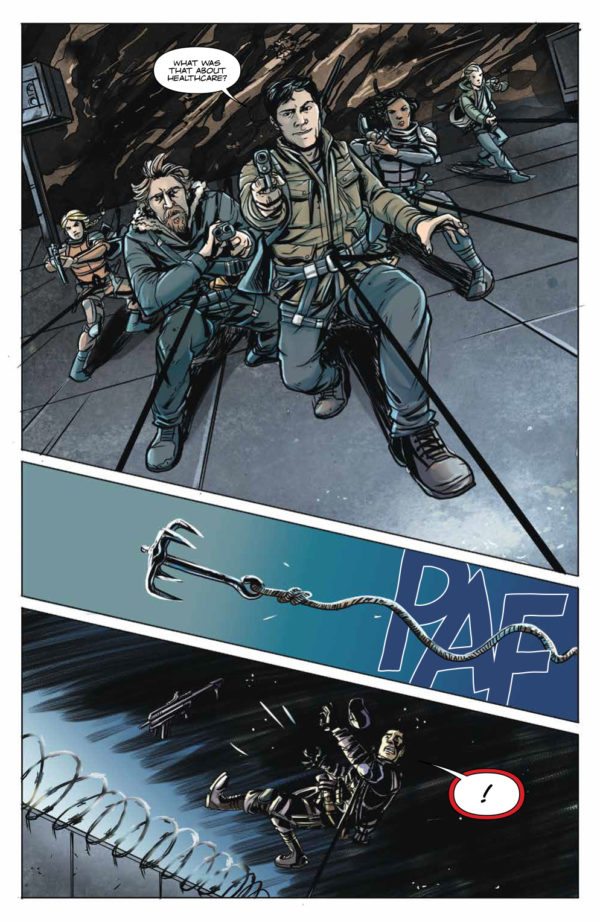 They used to live and die by the Maze—a seemingly endless labyrinth of deathtraps that kept the Gladers prisoner and in fear. But the day Thomas arrived, he motivated them all to push back… and escape.

But what they discovered was far worse than any maze—a world scorched by disease and controlled by the oppressive organization, WCKD. Thomas, aided by a band of rebels, now readies to take the fight right to WCKD’s doorstep in the hope of finding a cure for the plague that’s ravaging mankind.