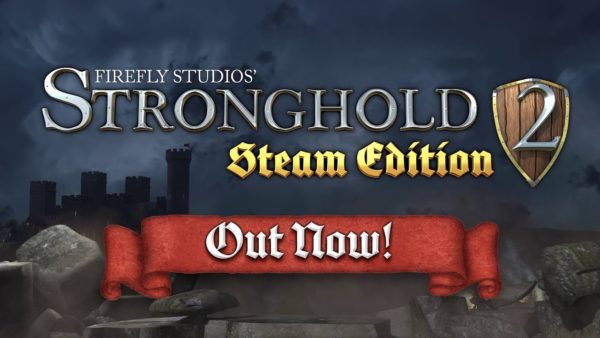 Since the closing down of the GameSpy multiplayer platform in 2013, players of Stronghold 2 have been without the ability to play online and pit their defences against their friends but with Stronghold 2: Steam Edition players can once again take on all comers on the Steam multiplayer platform.  As well as the revival of the game’s multiplayer community, Firefly Studios have added other features including achievements, enhanced visuals, a reworked UI, Steam trading cards, a digital art book, soundtrack and Steam Workshop integration.  Steam Workshop integration will also mean that players can create and share their custom content such as recreated real life castles, battlegrounds and even scenes from their favourite fantasy films

With Stronghold 2: Steam Edition players can become the lord of the manor and rule over their peasants in a number of ways; work them hard, tax them high and feel the effects of low morale or treat them kindly, reward them with jousts and experience less effective workers.  The choice is yours to make but remember, your aim is to stop the barons seeking power and unite the land under the true king.